When it comes to buildings of royalty and nobility, one of the most well-known, largest, and most popular ones in the world is Buckingham Palace in England, the residence of the Queen herself. With expensive stone, plenty of gold, jewels, famous artwork and more, it certainly is a sight to behold.

However, what we are really here for today is the toilet, all of them that we can find in Buckingham Palace. 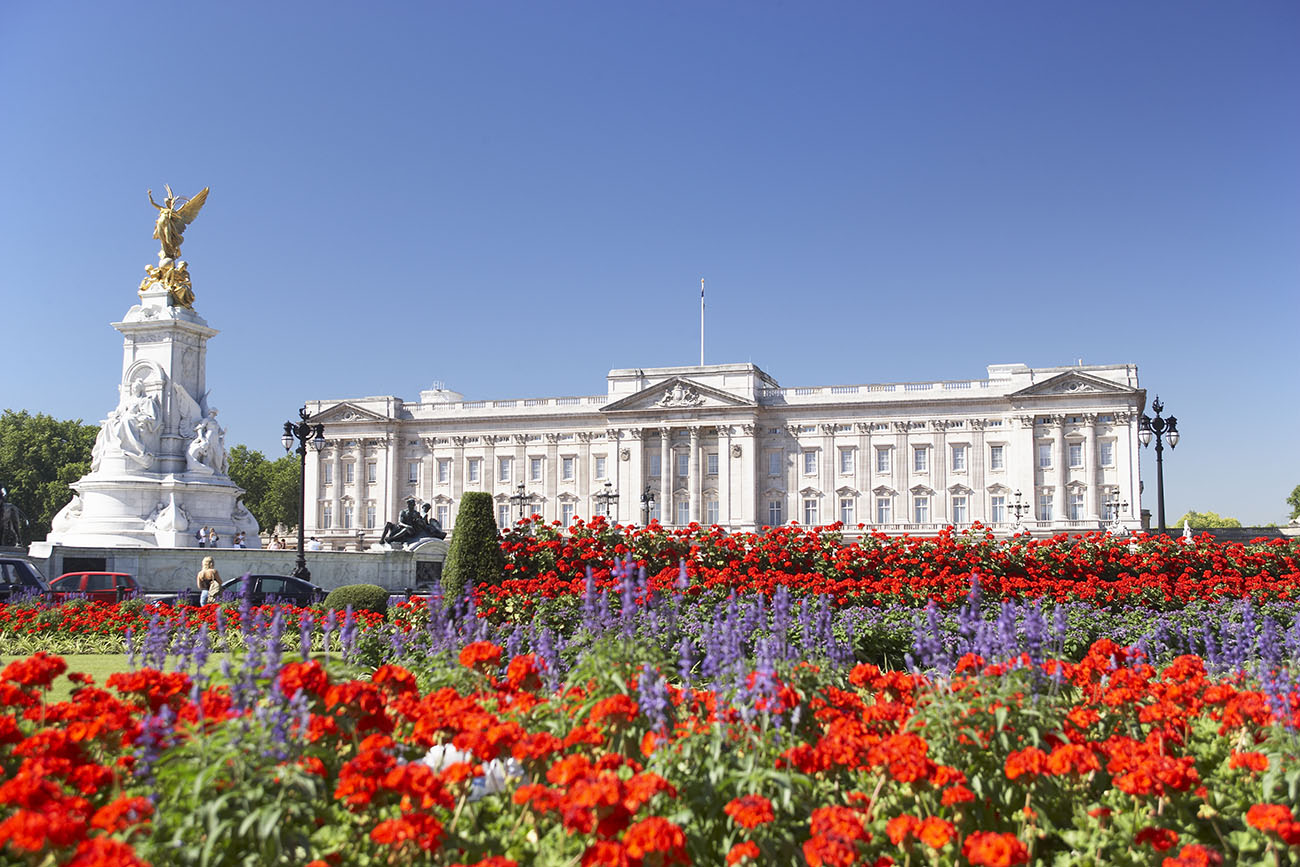 How Many Bathrooms and Toilets Are in Buckingham Palace?

Buckingham Palace is of course a massive building, a true herculean feat of construction, one that is currently worth around five billion British Pounds. It is of course where the Queen of England resides, and it comes complete with 775 rooms, 78 of which are bathrooms. As you can imagine, that is a whole lot!

However, even with countless hours of research, we could not come up with an exact number of toilets in Buckingham Palace. Yes, there are 78 bathrooms, but how many toilets each of them contains is unknown.

That said, it would be fair to assume that at least some of the bathrooms have more than one toilet, particularly the guest bathrooms for tour guests, so you can assume that there are at least 100 toilets in Buckingham Palace.

There are certainly some fun facts about the bathrooms and the toilets in Buckingham Palace that are worth mentioning. To be fair, many of these facts are going to pertain directly to the Queen herself, particularly her oddities and behavior surrounding anything to do with toilets.

Did you know that British people generally refer to the bathroom as the loo? Now, there are some nuances here.

For instance, in some areas, it may be called a bathroom or washroom if there is a bathtub and/or a shower inside. This does make perfect sense if you think about it. After all, why would you call it a washroom or bathroom if there is no way to bathe?

For this reason, most Brits refer to the bathroom as the loo, particularly if it is only half-bath that does not have a shower or bathtub. However, as we said, this does depend on the area.

Royals will generally refer to it as the loo no matter what. Moreover, if the “bathroom” is a powder room, it may also be called a lavatory. The point here is that very rarely would you hear an English person talking about bathrooms or washrooms, particularly not the royalty.

#2: Nobody Mentions the Loo

Another interesting toilet-related fact about Buckingham Palace is that whenever any of the royals need to go relieve themselves in the bathroom or loo, they never actually say so. Sticking with good old conservatism, British royals will never announce to their guests or even to their family that they are going to the loo, especially at a dinner party (or a similar gathering).

Instead, the tradition is to cross the knife and fork on the plate to let the serving staff and others know that they are not done eating, say “excuse me”, and then just get up and go. Although it is quite clear that said person is going to the bathroom, speaking about it seems to be very taboo.

Another fun fact about the Queen and her bathroom habits in Buckingham Palace is that she wants her privacy at all times. Just like the other royals, the monarch will never tell anyone else when she is going to the loo. Moreover, she also does not want anybody knowing that the is going to the loo, often making up odd reasons to excuse herself from the room. It’s just not something that she would ever say.

Even more extreme than that, nobody is allowed to be within earshot of the queen when she is using the bathroom. She has made it very clear that she does not want anybody overhearing what she is doing in there. We suppose that living a life in the eye of the public can be very stressful, and those few precious minutes on the toilet may be the only privacy she gets.

Something that hundreds, if not thousands of Buckingham Palace tour guests have complained about is that there are not nearly enough toilets for the tour guests. A full tour of Buckingham Palace can take up to three hours to complete, and as you could imagine, for most people, that is a long time to go without access to a toilet, particularly for children and seniors.

Keeping in mind that the tour is so long, the fact that the only guest toilets available for tour groups are at the end of the tour is downright ridiculous. To be clear, there are actually no toilets inside of the palace designated for the tour guests, and instead, people must wait to use the portable toilets in the gardens.

For a royal family with so much money, why exactly they would put their guests at risk of soiling themselves is beyond us.

Speaking of odd things, something else worth mentioning is that the Queen has a very strict bathing routine. The Queen’s maid has to draw a bath for her in a very certain way. The water must be measured for temperature using a wooden-cased thermometer, and it must be the exact temperature she wants.

Moreover, the Queen also dictates that there are to be no more or no less than seven inches of water in the bathtub.

There is also the fact that she always wants to get in the bathtub at 7:30 AM sharp. There are times when the Queen is travelling on her private train, in which case the operators are instructed to slow down while she is bathing, so she can enjoy her time in the tub, possibly with a rubber ducky.

#6: In Dire Need of Upgrades

Something that has been noted is that the plumbing in Buckingham Palace has not been upgraded or renovated since the 1950s. Although there are no reports of massive toilet overflows happening, you could imagine that 70-year-old plumbing is going to have issues.

The fact that this five billion British Pound monstrosity, which is owned by billionaires, has not seen plumbing upgraded in nearly a full century is definitely a talking point.

Although it should not come as much of a surprise, the bathrooms in this palace are truly fit for royalty, and that even goes for many of the guest bathrooms (for people invited to receptions, not for tour guests).

These bathrooms often have high-quality carpeting, wooden toilets, and some of the best toilet paper around. Then you have the Queen’s personal bathroom, which contains some of the most expensive and some of the fanciest fixtures in the world.

The other fun fact worth mentioning is that as far as employees go, they are not allowed to go to different floors other than the ones they are designated to, and yes, this means refraining from using a toilet on a different floor.

The penalties for breaking these rules can be severe.

As you can see, in terms of bathrooms, toilets, rules, and taboos, there are some pretty interesting facts about what goes on in the Queen’s royal residence.

Although the toilets may not be the prime attractions, they are certainly interesting to talk about! After all, there are many more of them than in a typical home.

If you enjoyed this article, you might also want to see how many bathrooms there are in the White House.