The White House is one of the most famous and revered buildings in the world. It is of course the head of the US government, as well as the residence of the President of the United States and his family. Now, today we aren’t here to talk about politics, but about architecture, specifically about the bathrooms and toilets in the complex.

It might not seem like a super riveting topic, but there are actually quite a few fun facts about the White House and its toilets. 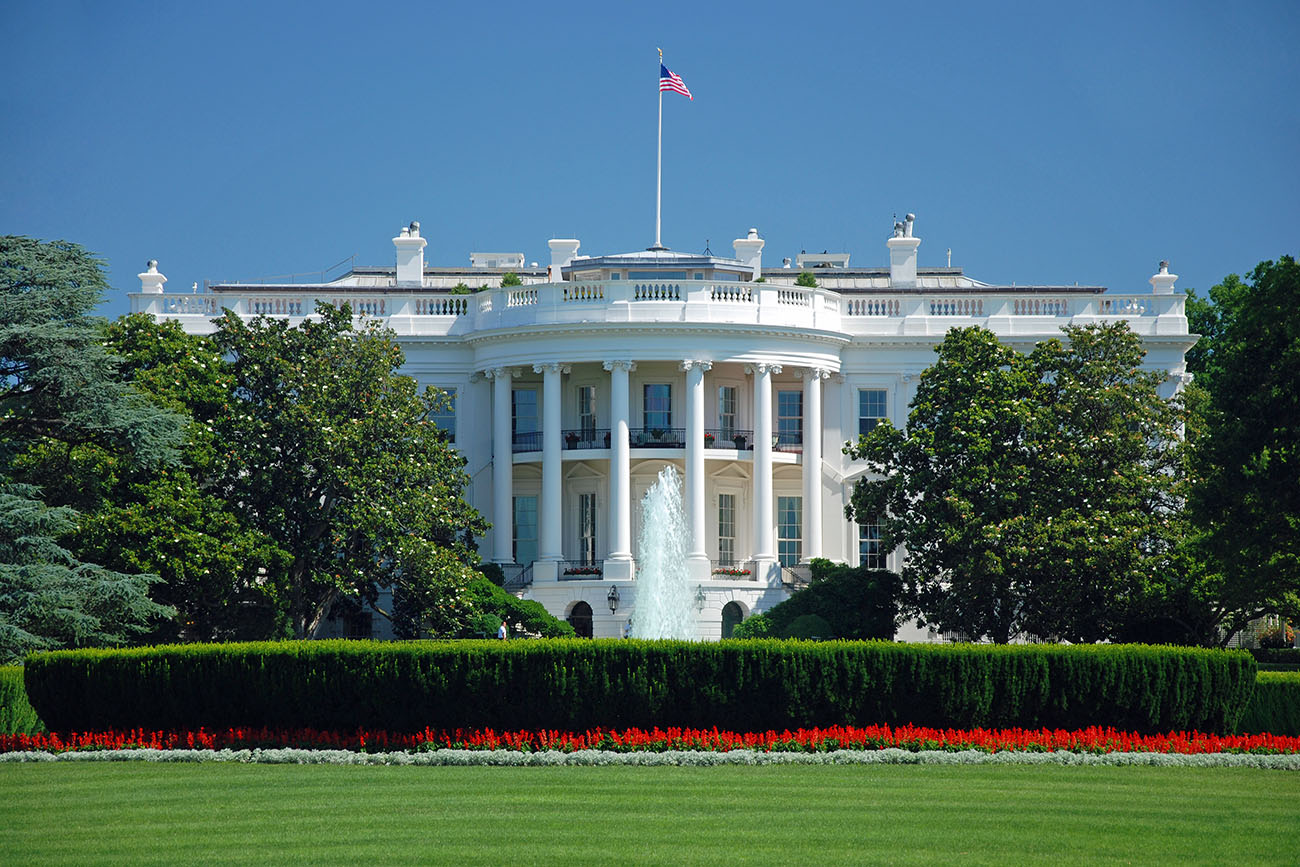 How Many Bathrooms and Toilets Are in the White House?

At this time, the White House contains 35 different bathrooms, with most of them having several toilets. Let’s keep in mind that the White House is a massive building, one with a total of 132 rooms and six floors for residence.

The exact number of toilets currently in the White House is unknown. However, there are a few interesting facts that we can tell you about the location of the toilets and bathrooms in the White House, as well as the quality and condition of those bathrooms:

Ok, so we gave you a bunch of super boring information, just a bunch of numbers really. Now, you might think that there could not possibly be anything fun or interesting about the toilets and bathrooms in the White House, but this is not quite so. Here we have some truly mind-blowing, interesting, and downright weird facts about White House bathrooms.

President Washington was the man to oversee the construction of the White House, although he never lived in it. It should also be noted that the White House did not have both hot and cold water running to all of its bathrooms until 1853.

Every good President of the United States needs a place to gather his or her thoughts, a place to get some work done, to study the day’s proceedings, and just to privately unwind too. This is why the President has a private study near the Oval Office, one that contains his own private kitchen and bathroom.

We have it on good authority that while this bathroom is small, it is extremely nice.

Lyndon Johnson may not have been one of the more liked Presidents, as his main claim to fame is assuming the Presidency after John F. Kennedy was assassinated, as well as being quite the bully. Although this did not make for a good start as his job as the most powerful man in the world, it did make things quite interesting. Lyndon Johnson had a lot on his hands due to the assassination, and a good deal of his time was spent on the phone taking care of various matters.

Well, he also seemed to need to use the bathroom a whole lot, but when he first came into the office, the main bathrooms did not have phones in them, which he thought was quite annoying, as having phones in the bathrooms would allow him to take care of two pieces of business at once. So, you can take a wild guess as to who is responsible for having telephones installed in White House bathrooms.

Gerald Ford was another one of those Presidents that was not very well-liked, particularly as he oversaw the worst economic period in four decades since the great depression. What makes matters even worse is that he was also responsible for having several Presidential memos leaked to the outside world.

The reason for this is because President Ford allowed his personal friend, Robert Hartmann, to use the President’s personal bathroom. Well, Mr. Hartmann took it upon himself to take sneak peeks at Presidential memos, even going so far as to leak the memos he did not like to the press.

Arguably one of the most hated men to have ever stepped foot in the White House, and under the Presidency of Richard Nixon, Henry Kissinger pulled off some pretty slick and underhanded maneuvers when it came to his duties as Secretary of State. However, Kissinger also pulled off some underhanded maneuvers outside of the office, well, outside of his main office that is. Kissinger was allowed to requisition a certain amount of space in the White House to build his personal office.

So, what does he do? He takes Bryce Harlow’s bathroom and turns it into an office. Although Harlow was none too happy about this situation, he was quoted saying that “In a way, I’m glad to know the place I used to sh*t will be Henry’s office.”

David Gergen earned himself the nickname of Professor Leaky, when in 1981, just after then-President Ronald Reagan was (non-fatally) shot, kept excusing himself from meetings to go visit the toilet. Although it was not confirmed, whether or not he was actually going to the toilet or just leaking valuable information to the press was a big question.

Whether Gergen was leaking fluids into the toilet or leaking info to the press, the name stuck.

7. A Small Step for Women

Alyssa Mastromonaco was the Deputy Chief of Staff in the Obama White House, and in her time, one of the things she managed to do for women was to have a tampon dispenser installed in the women’s bathrooms, particularly in the West Wing. Yes, it was only in the last decade that women got access to tampons in the White House bathrooms.

In classic male fashion, when she announced this accomplishment in a meeting, none of the men said a single word.

The Guggenheim once offered then President Donald Trump a solid 18 karat gold toilet, which he actually turned down.

The Guggenheim took this as quite the insult.

Although toilets and bathrooms, in general, may seem quite basic, when they are located in the most powerful building in the world, things can definitely get a bit interesting.

Hopefully, you learned something new by reading this and had a bit of fun. After all, it is not every day that you get to think about the White House bathrooms! Plus, just the sheer number of them is incomparable with a typical home.

If you enjoyed this article, you might also want to see how many bathrooms there are in Buckingham Palace.