If you are building a new home or renovating an old bathroom, one of the things you are going to be interested in is the new toilet you are getting. Now, with that being said, one of the issues you may be faced with is choosing a toilet tank. What you might be wondering here is whether or not they are universal.

So what we’re here to do today is to figure out exactly that, as well as talk about the different types of toilet tanks that are out there. Let’s get right to it. 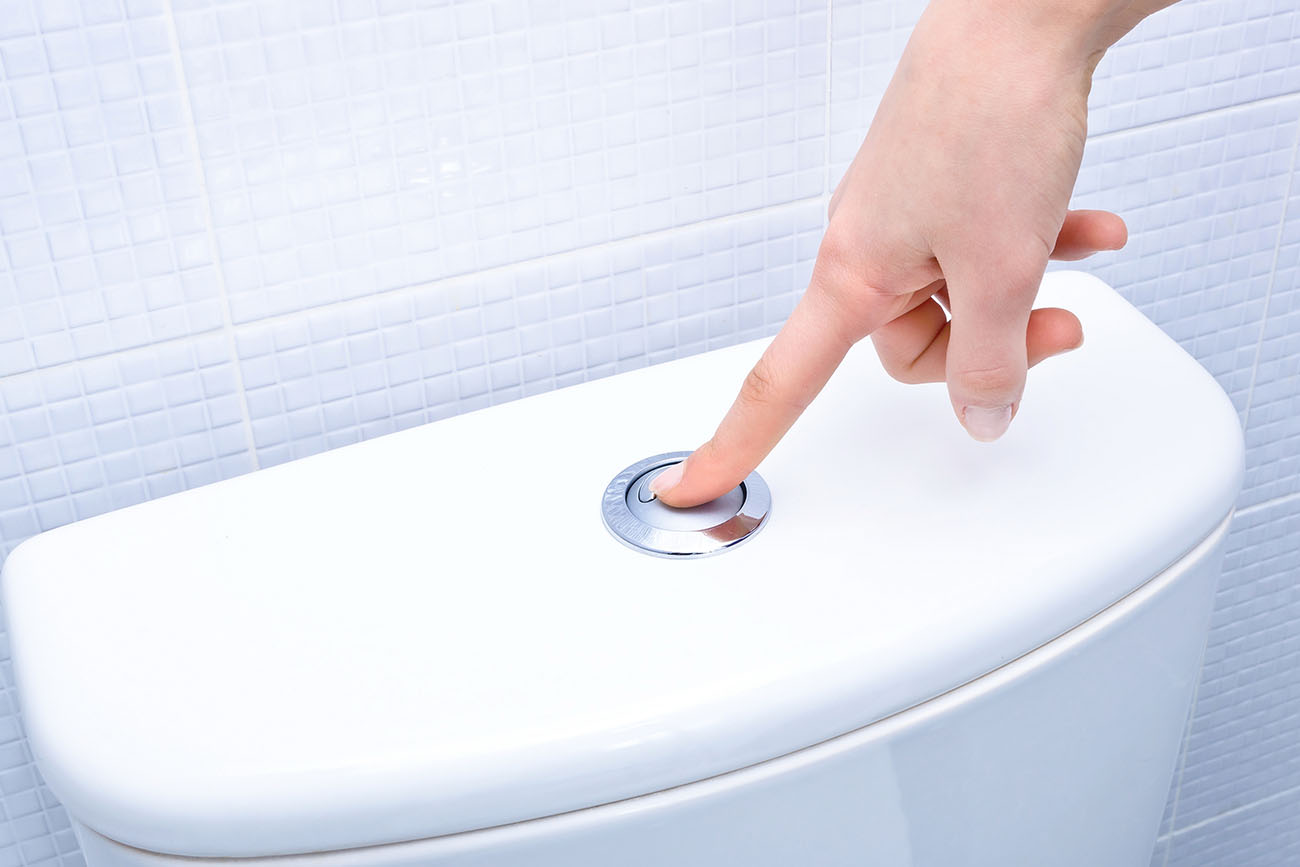 There may be certain brands where some of the tanks are interchangeable from one model to another, but the general rule here is that no, toilet tanks are not universal, and generally they are made to fit to a specific model of toilet. So, if you have an old toilet from one brand and you were buying a new one, you will not be able to fit that old tank onto the new bowl. Yes, there are some exceptions to this, but again, in general, toilet tanks are not universal.

Yes, a standard length of toilet tanks is 15-1/8 inches, but this is not a general rule and it’s not always the case. Yes, toilets that have similar-sized bowls and seats may also have similar sizes of tanks, but this is not always the case. The bottom line here is that mixing and matching toilet tanks with bowls and seats is not something that usually turns out well.

Let’s take a look at the nine different types of toilet tank flushing systems that can commonly be found.

This is one of the most common types of toilet tanks out there, one that uses a plunger and ballcock for flushing. The ballcock is a floating ball attached to a rod. When the rod moves, it activates the plunger, which causes the tank to either fill or empty. Keep in mind that the ballcock is independent of the water level, so if there is not enough water in the tank, it won’t work right. These are fine to go with because they work very well and are easy to replace, although they are prone to failure and mechanical issues.

This is very similar to the ballcock tank, but instead of a ball, it uses a flapper. This flapper is filled with air, and once you flush the toilet, the flapper is pulled up by a chain, thus allowing water into the bowl. As the water level in the tank decreases, the flapper can no longer float and will then go back into place, thus allowing the tank to fill back up. New versions of this often feature dual flushing options for liquid and solid waste. These are very simple and easy to maintain systems, but they can be slow.

Siphon or siphonic flushing tanks are very common in the United States. These are characterized by the water in the bowl rising very rapidly before flushing out. These use a special siphoning mechanism as well as a whole lot of pressure to blast water through the bowl. These are great types of tanks to use if you want a very clean bowl with a super powerful flush. All that said, they are prone to clogging.

This is likely the oldest type of flushing system out there, and it involves simply having the toilet tank raised several feet below the bowl. Gravity pulls all of the water down into the bowl with great force. There is also a siphoning effect that happens after each flush. This type of tank is very strong in terms of the flush, it results in a clean tank, and it is very quiet, although it is also prone to clogging.

This type of tank features a pressurized air canister that blasts waste and water out of the bowl. These provide for super-powerful flushing that is not prone to clogging, not to mention that it allows for easy maintenance. Of course, installation can be an issue due to the need for pressurized air. The only real downside with this type of tank is that it is very noisy.

While we won’t go into them deeper, there are four other types of toilet tanks. These, you won’t encounter nearly as often, though:

A Side Note: One- vs. Two-Piece Toilets

The other thing to take note of here is that some toilets feature one-piece designs and others have two-piece designs. A one-piece design means that the tank and bowl cannot be separated, purchased separately, or mixed and matched. Two-piece toilets have bowls and tanks that are separate, which does allow for more versatility.

For more information, read my article comparing the two types. You might also want to check my two-piece toilet recommendations.

How to Find Out the Type of Toilet Tank You Need

The easiest way to find out what kind of toilet tank you need is to lift up the lid of the tank, flip it over, and look for the serial number. There should be a four-digit serial or model number present. If it is not present on the inside of the lid, the number should be somewhere on the inside of the tank. You can also determine the type of tank in terms of the flushing mechanism, and then use a tape measure to do some measuring (if all else fails).

The bottom line here is that toilet tanks are by no means universal. This is true both in terms of the flushing mechanisms and the size. So, before you start taking things apart, make sure that you are moving in the right direction.