Toilets are some of the most useful inventions around, but that said, they aren’t without their problems. It is only natural that something like a toilet needs a lot of cleaning and maintenance. After all, with several people punishing it on a daily basis, you can’t expect your toilet to stay clean on its own.

For this reason, many people consider using bleach to keep their toilets clean and smell-free.

However, is this a good idea? Should you put bleach in your toilet tank? Continue reading to find out. 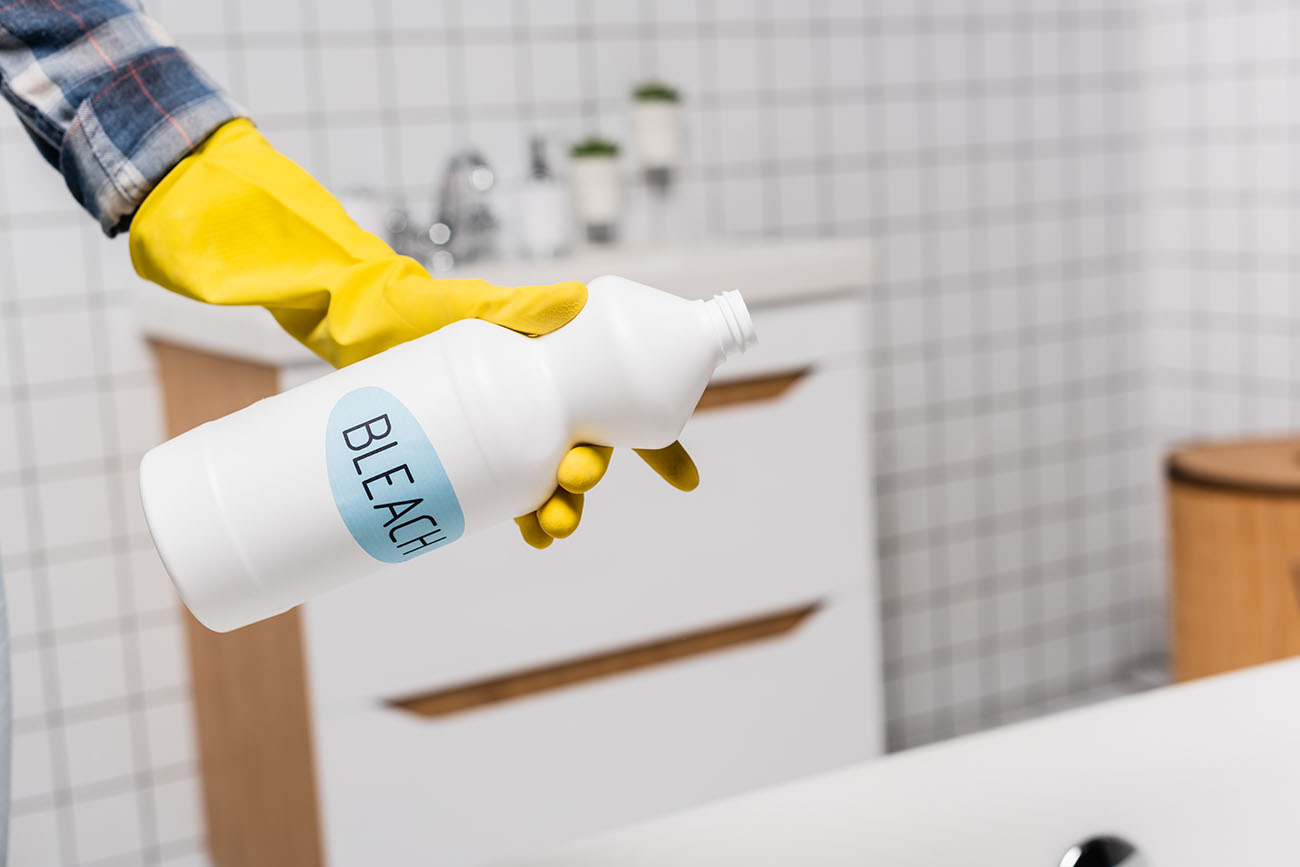 Why Do People Consider Putting Bleach in Their Toilet Tank?

Bleach is of course a great disinfectant, stain remover, and bacteria killer, which is exactly why people use it in their toilet tanks.

First and foremost, when many people clean their toilets, they drain the tank in the rear, but more often than not, there is a bunch of sludge and stinky residue left behind. For the most part, this sludge consists of bacteria and other elements that have taken hold in the tank. People use bleach to kill those bacteria, and therefore to get rid of that sludge.

Quite simply, bleach makes for a fast and easy way to clean your toilet tank. Moreover, when the bleach is flushed from the tank to the bowl, it also ends up cleaning and disinfecting the bowl.

Not only will bleach kill all sorts of bacteria, mold, and mildew that may have built up in the toilet tank and bowl, but it is also fantastic at neutralizing bad odors. Toilets can get pretty smelly, and even with regular cleaning, that bacteria can build up in hard-to-reach areas (such as under the rim), but flushing a bit of bleach through the system should take care of this as well.

In some cases, bleach may even be able to get rid of some stains as well.

Can You Put Bleach in Your Toilet Tank?

Ok, so we have figured out that people may use bleach to clean their toilets, as it does work quite well as a disinfectant, stain remover, and odor neutralizer. However, just because it works well as a cleaning product does not necessarily mean that it is safe or ideal.

The fact of the matter is that bleach is a dangerous chemical, and this is true in more ways than one. Exactly why you should not be putting bleach in your toilet tank or using bleach at all for that matter, is something that we will discuss in the following section.

That said, what it really all comes down to is that bleach is harmful to the environment, to human health, and to the integrity of your toilet.

Putting Bleach in a Toilet Tank: Pros and Cons

As is the case with most things out there, putting bleach in your toilet tank has both pros and cons, so let’s take a look.

The number one pro is that bleach kills bacteria, something that is always a problem when it comes to toilets. Bacteria builds up, creates this nasty slime, and produces a variety of other problems too.

All of that bacteria, as well as leftover waste in the toilet bowl, can really smell. Bleach kills that bacteria and it can easily neutralize waste and other odors. Sure, bleach itself has a strong smell, but it will neutralize and overpower most others.

Pro #3: It Can Remove Stains

Bleach is also a very good stain remover, thus helping you get that old toilet looking like new. There is a reason why people often use bleach to clean bathrooms, kitchens, and floors, because it quite literally melts away dirt, grime, mildew, and more.

Because bleach is so good at killing bacteria that it can even help get your toilet working like new. Bacteria and protein buildups in pipes can reduce water flow, something that bleach can quite easily reverse.

Con #1: It Is not Eco-Friendly

A big downside of bleach is that it just is not eco-friendly. Try pouring some bleach on your lawn or into a house plant and see what happens. It won’t take an hour for any greenery to die. This stuff is literally poison.

Con #2: It Is Toxic to Humans and Animals

Just like bleach is harmful to the environment, it’s not good for us either. Bleach can lead to a long list of horrible health conditions that you don’t want to deal with. You don’t want to absorb bleach through your skin, inhale too many fumes, and of course, ingesting it is not recommended either!

Con #3: It Can Mix with Other Chemicals

Bleach can mix with a variety of other chemicals in your home. For instance, if you mix bleach and ammonia, you will more or less create mustard gas and kill everybody in the vicinity. Bleach is a dangerous chemical.

Con #4: It Is not Good for Your Toilet

There is also the fact that bleach will degrade the inside of your toilet tank. It will eat away at porcelain and enamel, it eats away at metals, and it does the same to plastics too. If you keep putting bleach in the toilet tank, you will quite literally melt the internal components (given enough time).

Con #5: It Produces Fumes and Smells

At the very least, bleach just does not smell nice, and those strong fumes can lead to headaches, dizziness, nausea, and other such side effects.

What Are the Alternatives to Putting Bleach in a Toilet Tank?

There are a few alternatives that you can try using instead of poisonous bleach. A good alternative is using vinegar and baking soda. When combined, that extreme chemical reaction has the power to remove stains and odors, plus vinegar can kill bacteria too.

Another decent alternative is to use some good old soap and water. If the situation is bad, use some heavy-duty soap, but always try to use eco-friendly products. Some simple anti-bacterial soap can go quite a long way. Another thing that you can try using is hydrogen peroxide, which is food-safe, yet also kills bacteria and odors.

Folks, when it comes down to it, you really don’t want to be putting bleach in your toilet at all.

It’s not good for humans or for pets, it’s terrible for the environment, and it’s certainly not very good for the integrity or longevity of your toilet either.