The answer today to our question is definitely not going to surprise you in the least.

Can You Flush Cigarettes Down the Toilet?

The short and simple answer to this question is that no, you cannot flush cigarettes down the toilet. OK, so technically speaking you can actually flush them as they will most likely go down and out of your toilet bowl. 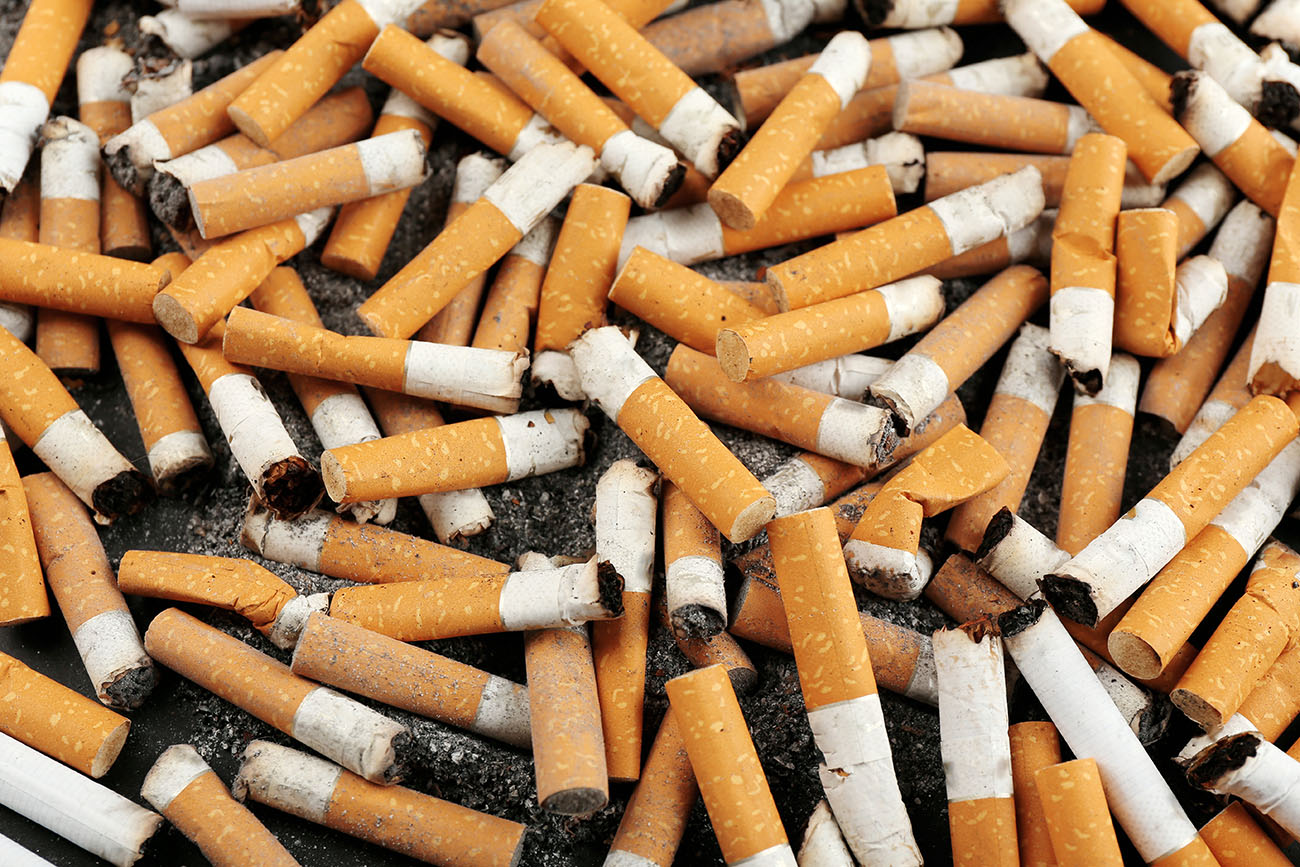 Will Flushing Cigarette Ends Clog Your Toilet or Cause Other Problems?

Besides the fact that cigarettes are just really nasty, there are a few reasons why you should not flush them down the toilet. Indeed, flushing cigarettes down the toilet can cause some serious problems for your pipes.

#1: They Can Clog Toilets

Cigarette butts are made out of fiberglass fibers and other such materials that are not water-soluble or biodegradable, which means that they can and often do get stuck in toilet traps, pipes, and more. Just like cotton balls can bunch up in the pipes, especially in narrow bends, so can cigarette butts, and of course, this will lead to a clogged toilet.

#2: They Can Damage Septic Systems

Cigarettes contain thousands upon thousands of chemicals, including some of the most dangerous ones in the world, such as cyanide and arsenic, which as you might know, are two of the deadliest poisons out there. Well, evidence has proven without a doubt that flushing cigarettes down the toilet can and does cause serious environmental damage.

We aren’t going to go too deep into it here, because each of those chemicals contained in cigarettes, of which there are over 7,000, are extremely harmful to water systems, wildlife, and human health. A bunch of cigarette butts that end up in some local lake can have disastrous consequences for the water quality, plant life, and wildlife in the area. By flushing cigarettes down the toilet, you are quite literally poisoning and killing the world around you.

What to Do If You Flushed Cigarettes Down the Toilet?

Quite honestly, if you have already flushed cigarettes down the toilet and they don’t seem to have caused any damage, then there is really nothing that you can do except stop flushing them. If you got this far and haven’t had any problems then you are lucky and should consider yourself as such. Just stop flushing them.

However, if you managed to clog your toilet by flushing cigarette butts, then you can always resort to using a plunger. If the plunger doesn’t work, then you’re going to need to use a toilet snake, and if the toilet snake doesn’t work, then your last resort is going to be a plumber. If you happen to have a septic tank and you flushed a bunch of cigarette butts down there, you will want to call a professional for assistance.

2 Ways to Dispose of Cigarettes Instead

The reason why so many people flush their cigarettes down the toilet is that they are afraid of causing a fire by throwing them in the trash. Well, the simple solution here is to just make sure that the cigarette is out before throwing it in the garbage. You can always wet it with some water, and then throw it in the trash bin, just to make sure that it is no longer lit.

Besides throwing cigarette butts in the trash, there is really no good way to dispose of them. These are super poisonous things and there really aren’t any disposal methods that won’t hurt the environment in one way or another. The best-case scenario is that they end up in some local garbage dump or massive landfill.

Now, what does need to be said is that some countries have local recycling programs that specialize in cigarette butts. However, with that being said, there are not many countries out there that do this, especially not the USA, so this is not really a realistic option.

The bottom line here is that cigarettes are just bad and they should not be flushed down the toilet.