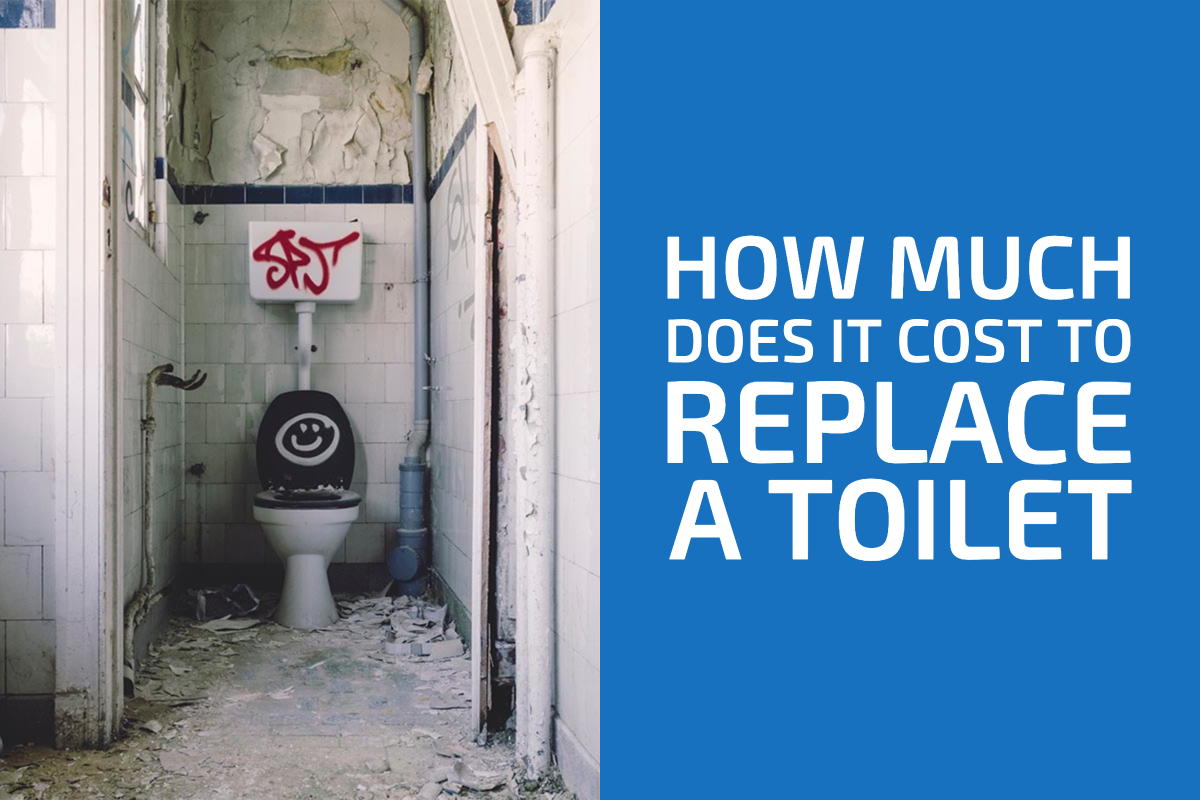 If you are a homeowner, there will likely come a time to replace your toilet sooner or later.

Whether you’ll be replacing it because of a crack in the bowl or just because you want to freshen up your bathroom, you’ll likely want to know how much the project will cost you before you start.

In this article, I’ll look at the costs associated with replacing a toilet in detail.

Before breaking the costs down, I’ll mention here that the total cost of replacing a toilet generally hovers anywhere between $300 and $1,000 including the cost of the new toilet itself.

What are the costs involved in replacing a toilet?

As you would expect, there are several other costs involved in replacing a toilet besides the cost of buying the new toilet bowl itself.

Let’s take a look at them one by one.

Depending on where you buy your toilet and what brand and model you choose, all of the three items will either come bundled or you will have to buy them separately. In most cases, the toilet and the tank will come as one set, and more often than not, a basic toilet seat will be packaged in as well.

As you would guess, the cost of the toilet itself is the one cost that will really depend on what your budget is and what your preferences are.

It can range from about $100 on the lower end all the way to thousands of dollars on the very high-end. In general, though, you will want to budget about $200 to $500 for the cost of the toilet, tank and toilet seat.

While your plumber will be able to source a toilet for you, I recommend buying one from Amazon’s wide selection to save both on the plumber’s margin as well as the hassle of having to carry it home from your local hardware store.

The second big and, if you opt for one of the cheaper toilets, the most expensive cost you’ll have to bear when installing a new toilet is labor.

When installing your new toilet, you will basically have three options:

While I will take a deeper look at the latter two further in the article, let’s look at the costs associated with each here.

The seemingly cheapest one of them (if you account for your time at zero dollars per hour) is, of course, the DIY route.

The second cheapest is hiring an unlicensed contractor. Depending on where you are located and who you hire, it might cost you anywhere between $150 and $250.

Finally, the most expensive but the ideal way to get your toilet replaced is by hiring a licensed plumber. In that case, you can expect to pay around $200 and $350 dollars for the job.

Keep in mind, though, that the above is only a rough estimate in case of a standard toilet replacement which should take about two or three hours.

In other words, it includes the worker stopping the water supply to the toilet, removing any leftover water, removing the toilet, and installing and testing the new toilet.

If some extra work needs to be done to make the plumbing fit your new toilet or even if your toilet is located on the second floor and you have the plumber carry the new toilet upstairs or the old one downstairs, additional costs might be incurred.

As such, the best thing to do once you buy the new toilet is to find your nearest plumber and ask for an exact quote.

One way to do so is by searching in this directory.

When installing the toilet, besides putting in the time and getting a new toilet, a variety of tools and materials such as caulking and wax seal will be required.

Rather than worrying about getting all the necessary items, though, just ask your plumber to provide those. That is unless you are going the DIY route.

The materials should be a relatively small part of the cost at anywhere between $15 and $50 dollars for a standard toilet installation.

Cost #4: Disposal of the old toilet

The last thing you will have to consider is how you will dispose of your old toilet.

While it is another relatively small cost, it is a cost nonetheless.

The options here are countless including putting it out with thrash (usually a separate charge of around $50 will apply), giving it away to someone or storing it, or selling it.

Should you try to save money by hiring an unlicensed plumber or installing the toilet yourself?

With the approximate costs of replacing a toilet in your home broken down, I want to take a look at one other question before finishing this article. And that is whether or not it is worth hiring an unlicensed plumber or going the DIY route to save some money on your toilet replacement project.

And, compared to doing it yourself, even if the plumber is not licensed, he had probably changed more toilets in his life than you had and so is more skilled.

The downside of that, though, is that he has not been vetted based on any standardized scale. That means that unless you know him personally or he’s been referred to you by someone you know, you might get “the wrong guy.”

Furthermore, issues might arise when something goes wrong as the chances your unlicensed plumber will have the right insurance to cover whatever damage he might cause is minimal.

Then, how about replacing the toilet yourself?

In theory, it sounds easy. Shut off the water supply, get any remaining water out of it, unscrew a couple of bolts, get the old toilet away, screw in the new one…

In reality, though, there are many things that could go wrong such as not screwing the piping in properly, doing a bad job with sealing and caulking resulting in leaks, and so on.

As such, while you might save some money on hiring a plumber, you might end up spending way more on getting your mistakes fixed later.

Because of that, unless you are confident about your DIY skills or are short on cash, I suggest hiring a professional licensed plumber. But even then, if you have to save money, first look for a cheaper toilet.

And, if you need to cut costs even then, consider hiring an unlicensed plumber as the last resort.

As you can see above, replacing a toilet can cost anywhere between a couple of hundred dollars and thousands of dollars with the cost largely depending on the toilet you choose.

The one other factor affecting the cost in a significant way is whether you choose to install the toilet yourself or hire a plumber. In almost all cases I would suggest the latter.

One Comment on “* How Much Does It Cost to Replace a Toilet?”