When choosing a toilet for your new home or to replace your current one, one of the decisions you will have to make is picking between getting a one-piece and a two-piece toilet.

So, let’s jump right in. 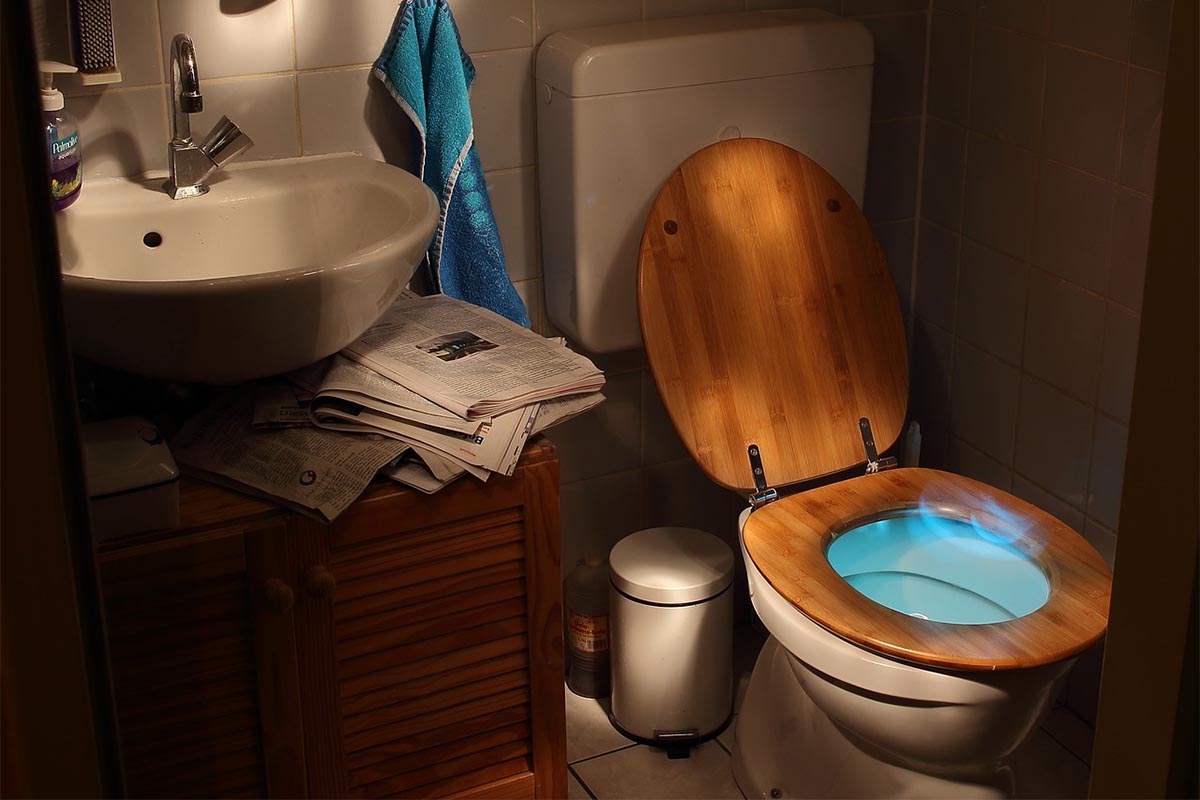 The Differences Between One-Piece and Two-Piece Toilets

It’s pretty obvious that one of the most evident differences between the two types is their physical appearance. And, since toilets are an integral part of any bathroom, the type of toilet you choose will determine how well it will go with the rest of your bathroom’s equipment.

One-piece toilets are toilets where the toilet bowl itself and the toilet’s tank are fused together. There are no pipes and so on connecting the two – at least when looking at the toilet’s exterior – whatsoever. The one-piece toilet is simply a single piece of equipment.

On the contrary, two-piece toilets – as their name suggests – are toilets where the toilet and the tank are separated. They are connected with fittings that are visible from the outside. This type of toilet is also commonly known as a coupled toilet.

Advantages and Disadvantages of One-Piece Toilets

First, let’s look at the advantages and disadvantages of one-piece toilets.

Starting with price, one-piece toilets generally tend to be more expensive than two-piece toilets. That’s simply because they are considered a “new technology” and are more complicated to manufacture.

It’s not necessary “new technology” because of the technology inside the toilet, but more because of its ease of use and maintenance which results in higher convenience.

The one-piece toilets are not only more difficult to make, but also – depending on the type – to install. In other words, from their manufacturing process up to their installation process, they require a team of capable hands to be handled professionally.

Size and Weight of One-Piece Toilets

Both one-piece and two-piece toilets can come in various shapes and sizes.

However, a one-piece toilet generally takes up less space compared to traditional two-piece toilets. That’s quite understandable since the bowl and tank are fused together – creating an item with a smaller footprint.

While smaller, though, one-piece toilets are also often heavier than two-piece toilets. On average, they each weigh around 90 pounds.

Installing a one-piece toilet is a bit more challenging than installing a two-piece toilet because of its shape – and the fact that the whole toilet needs to be installed at the same time rather than in two stages.

The fact that one-piece toilets are also heavier doesn’t help either.

Also, because of their design, one-piece toilets are almost always floor mounted.

That’s only the case if the toilet gets broken outside the warranty period, though.

When it comes to day-to-day maintenance – i.e. cleaning and so on – one-piece toilets are much more convenient as there are fewer nooks and crannies to clean.

And, that’s the matter of fact – as mentioned earlier in this article, one- and two-piece toilets are more or less the same thing – they serve the same purpose and look very similar. However, the minor aesthetic (and design) difference – the fact that they are molded in a single piece – gives it an advantage when it comes to cleaning as well as looks.

Advantages and Disadvantages of Two-Piece Toilets

Now, let’s take a look at the advantages and disadvantages of two-piece toilets. Quite obviously, they will more or less be the opposites of what is written above.

For two-piece toilets, you’ll find out that the price is the most attractive aspect of this type of toilet – especially compared to one-piece ones.

One of the reasons as to why these are cheaper than their counterparts is that installation of these toilets tends to be simpler, they are easier to manufacture, and their physical appearance is plainer – they don’t seem as premium.

That’s one of the main reasons why two-piece toilets are still prevalent in the market today.

Size and Weight of Two-Piece Toilets

Since the tank and bowl are separated, two-piece toilets are easier to handle.

Two-piece toilets come in a variety of different sizes and rough-ins, but you will find that in general – for otherwise equal toilets – two-piece toilets will be bulkier than one-piece ones. In spite of that, however, they will be – as mentioned above – easier to carry as they split into two pieces.

Since the design and structure of two-piece toilets are very simple and understandable, a capable home plumber can easily install one-piece toilets in most bathroom without much professional help.

When it comes to maintaining two-piece toilets, from time to time issues may arise with the connection between the tank and the bowl – something you will not encounter with one-piece toilets nearly as much.

They are also more difficult to clean than one-piece toilets because of the joints and other narrow spaces that need to be taken care of.

Now that you know what the differences between one- and two-piece toilets are, let’s take a quick look at some of the best models in the market – starting with a pair of one-piece toilets.

The American Standard 2403128.020 is a two-piece toilet that is very compact and can easily fit even in smaller bathrooms.

Since it was designed with the average person in mind, it is also comfortable to use for most people. That said, if you are taller, you might also consider getting a toilet seat cushion.

The toilet is 16.5 inches high,and is equipped with a flushing mechanism that uses 1.28 gallons of water per flush.To prevent troubles, it’s equipped with 2.125-inch siphon trapway that has no choke point – and prevents potential clogging.

The Wood Bridge T-0001 features a sleek design that can easily complement various bathroom styles. It sports a rectangular flush button and an elegant, easy-to-clean design. Cleaning its interior is easier than with most toilets as well thanks to its powerful siphon flush mechanism.

The toilet uses an average of 1.28 gallons of water per flush. It’s dimensions are 28.5 x 14.5 x 27.5 inches. The toilet is a standard floor-mounted model that comes in a couple of different colors, most popularly in pure white.

Read reviews of the Wood Bridge T-0001 on Amazon

Next, that you’ve seen some of the one-piece toilets that are worth considering if you are looking to add a new toilet to your home, let’s look at two of the best two-piece options.

If you want to see more recommendations, check my guide covering the best two-piece toilets on the market.

Even though the American Standard Cadet 3 is a two-piece toilet, it is quite easy to clean – and very durable.

The one downside of this one, though, is the that a seat doesn’t come included with the toilet.

That said, other than that it’s a very affordable and comfortable toilet for the average person. The product’s dimensions are 28.2 x 17.2 x 30.2 inches, and it weighs 88 pounds.

One of the features of the Toto Drake Two-Piece Toilet is its fast flush due to its three-inch flush valve – 125% larger than the typical toilet with a two-inch flush valve. It also features a G-Max flushing system that provides for a quiet and powerful flush.

Do note that this toilet is, at 103 pounds, heavier than most of the other toilets on the market, and so it might be a bit cumbersome to handle during installation. As for its dimensions, it’s 28 x 19.5 x 28.5 inches. Its height of 28.5 inches makes it ideal for an average person.

Overall, as you can read above, there are no major differences in the functionality of one-piece and two-piece toilets. In fact, they will both serve you equally well.

Whatever the case, though, you cannot go wrong with picking one of the four toilets including the Toto Drake mentioned above – or picking a toilet from one of the 6 best toilet brands that I talk about in this article.

Finally, also make sure to check my article about the 9 best toilets to get some inspiration.