The enormous variety of faucets available can be confusing, however, you’ll generally see the terms “pull out” and “pull down” associated with most of them. You’ll likely see more pull down faucets as you shop for sink fixtures as they tend to be more popular.

Both have become common in modern households and allow you to manipulate the flow of water from your faucet in a way that traditional fixed spouts can’t deliver.

In this article, you’ll learn how they differ and which one is better for your use case. 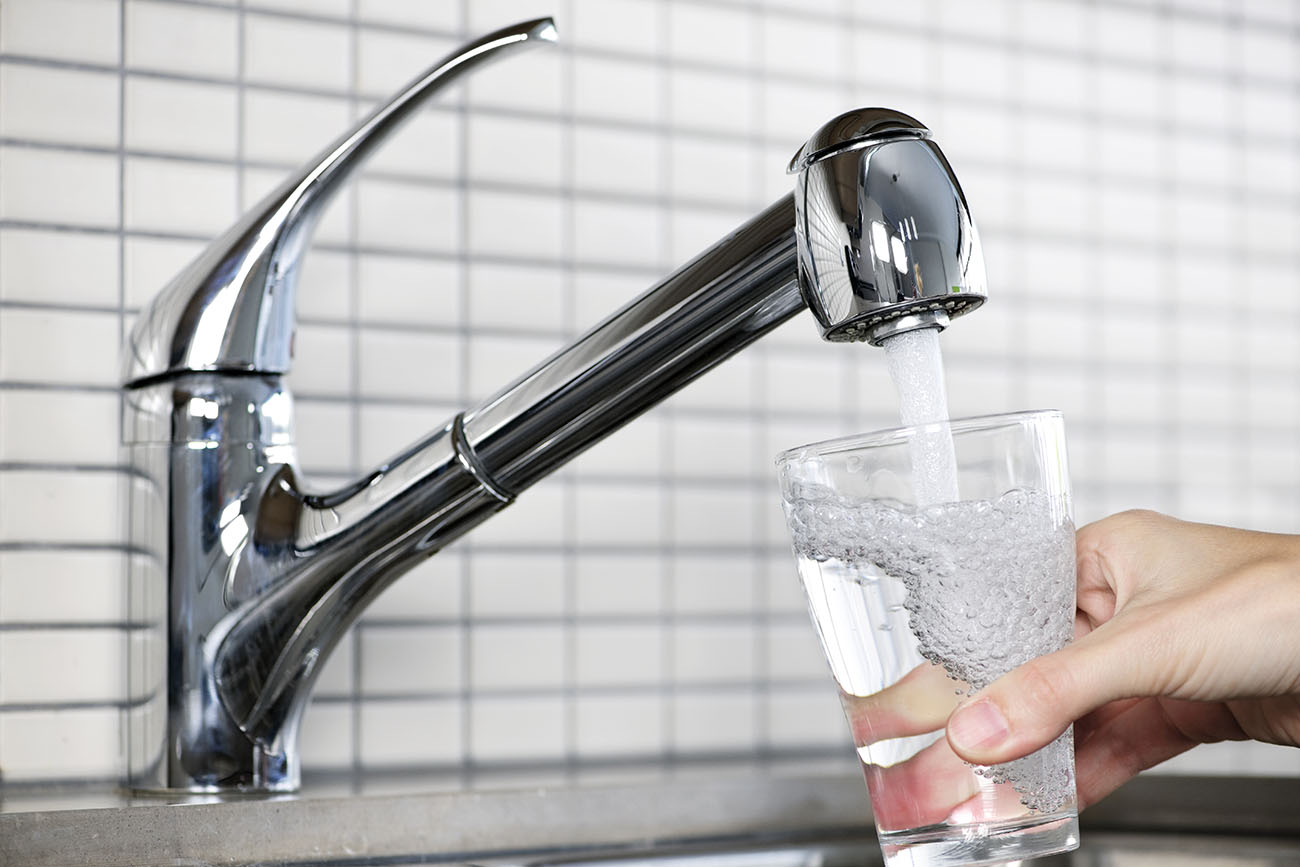 Pull Out and Pull Down Faucets: The Basics

Before jumping into the differences, let’s start by taking a look at what each of the two can do for you in the specific arrangement you have in mind.

What Is a Pull Out Faucet?

A pull out faucet provides you with a range of motion by giving you hose length while you pull the faucet out of the sink. This is useful for filling up pots and pans and accessing buckets you may have positioned on the floor.

Pull out faucets require a minimal amount of room for the functionality you get. That’s because the hose retracts horizontally into the fixture, so overhead space isn’t required. The hose retracts back in the same direction that you pulled it, so they’re much better for tight spaces.

They are also more commonly found in bathrooms, although they can be installed in kitchens as well. Their ease of maneuverability is ideal in bathtubs and laundry rooms because they’re able to access a wide area outside of their receptacles.

What Is a Pull Down Faucet?

They need more overhead clearance because the hose moves in an up and down motion. Since the hose retracts upwards, the faucet has to accommodate the hose vertically.

Pull down faucets are generally only useful in the kitchen because of their limited range of use. A pull down faucet is effective for the sink with which it is paired, however, it isn’t useful when you need a water stream outside of its designated area.

Pull Out vs. Pull Down Faucet: What Are the Differences?

Here are some of the differences between pull out and pull down faucets.

Pull Down Faucets are Functional

Pull down faucets are great when filling tall pitchers and other receptacles. That is because it’s easy to shove the nozzle right into the container so you can control the flow of water. The high neck also gives you more room to place objects underneath it, so you don’t have to angle pitchers and jugs to fill them.

The faucet is only useful with regard to items you can fit into the sink. The directionality of the hose doesn’t leave much room for horizontal manipulation, so the water only comes out in a downward motion.

Pull Out Faucets Go the Distance

You can access multiple sinks and workspaces with a pull out faucet because it allows you to walk around with it when extended. For sinks in areas that require a diverse use of directed sink water, the pull out faucet delivers.

It’s easier to water plants with a pull out faucet because you don’t have to stick the plant in the sink. You can maneuver the faucet up and out of its receptacle and control the stream of water into the plant’s pot.

Pull down faucets generally require more space because they’re taller. If your overhead space is limited, a pull out faucet is a better choice because it is much smaller.

A pull out faucet gives you more range of motion, and it is better suited for double sinks because you’re able to access both sides of the sink with the hose. You’ll be able to utilize your entire sink and beyond if you can pull the faucet away from where it’s installed.

The splashback potential of a pull out faucet is much lower than a pull down faucet because you can flex the direction of the stream of water with ease. If getting wet while doing dishes annoys you, get a pull out faucet too.

As for bathtubs, pull out faucets allow you to wash children and pets with much more ease than a standard faucet. Pull down faucets are not practical in bathtubs because they’ll only extend the nozzle closer to the drain and not in and around objects you’ve placed in the tub.

A few more things to note about pull down faucets include the facts that:

Finally, pull down faucets are generally cheaper because the mechanics aren’t as complicated. If you’re concerned about budget, stick to this type.

You’ll need to consider the space you have for a faucet and the uses of that specific faucet when choosing between the two.