If you are looking to upgrade your home, or to build a very nice new home from scratch, two of the things you might be considering adding to the mix are steam showers and saunas. That said, you probably don’t want to build both of those things, so you will need to choose between the two.

What we are here to do today is to take an in-depth look at both of, with the aim being to figure out exactly what is different about them, so you can make an informed decision.

Steam Showers and Saunas: The Basics

Before we get into talking about the similarities and differences between saunas and steam showers, let’s first provide you with a basic definition of what the two are.

What Is a Steam Shower? 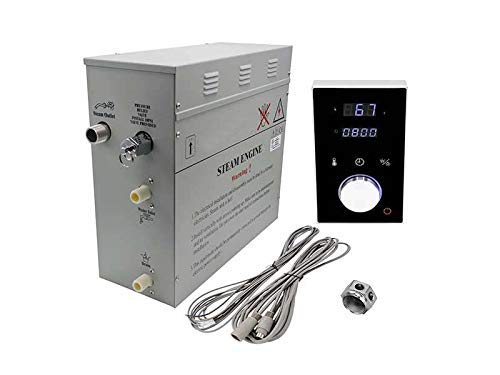 First off, we have the steam shower, which can be built as a standalone steam shower or as a combination steam shower and regular shower. These are fairly convenient because they can actually be built within existing bathrooms, and although they are not cheap or easy to install, it is possible to do so without making major structural changes or additions to your home.

Steam rooms tend to be made out of materials such as glass, ceramic, and other non-porous materials. Steam showers use a humidifying steam generator to create and distribute steam or water vapor into the space.

Keep in mind that steam showers are all about very moist heat, with humidity levels generally being around 100% and with the temperature being anywhere between 90 and 120 degrees Fahrenheit. Steam showers are known for having a myriad of benefits for the human mind and body, something we will discuss in greater detail further below.

What Is a Sauna? 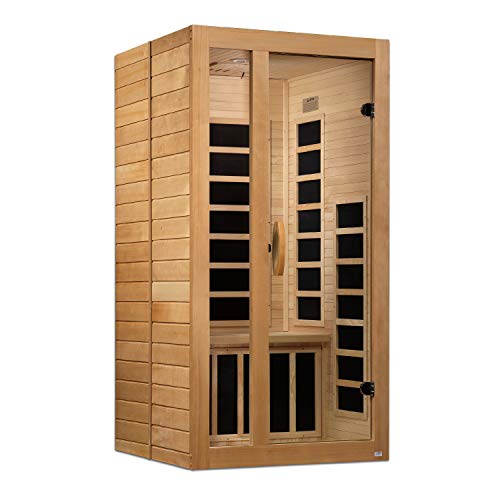 On the other hand, we have the sauna, which generally requires a whole new structure to be built that is especially dedicated just for this purpose. This can make saunas a bit more difficult and expensive to build, because chances are that you cannot build a wooden box large enough for this purpose in your existing bathroom.

You will need to either convert an existing room or build a new one altogether.  On that note, saunas are usually always built out of wood. Traditional saunas were always heated with a hot stove and sauna rocks, and although a good deal of saunas does work this way, many are now also heated using infrared lights or electric heaters.

Saunas are usually dry, very much so, but they are also very hot. They are usually heated to between 180 and 200 degrees Fahrenheit. Saunas are also known for having a variety of health benefits. As you will see below, steam showers and saunas do share some health benefits, but there also some points of differentiation on that front.

Similarities of Steam Showers and Saunas

Now that we know what both steam rooms and saunas are, let’s figure out what some of the similarities between them are.

1. They Both Use Heat

2. Both Have Some Common Health Benefits

As you are going to figure out, due to saunas using dry heat and steam showers using moist heat, the health benefits do differ, but there are also some that are shared. Generally speaking, both of these things have the ability to help loosen tight muscles and to relieve pain. Moreover, they do both have the ability to make you sweat, thus detoxing your body of unwanted chemicals and substances.

Furthermore, both steam showers and saunas cause the brain to release endorphins, so-called feel-good chemicals like dopamine and serotonin, both of which can decrease depression and anxiety.

3. Both Are Relatively Expensive

No, steam showers and saunas generally do not cost the same amount, but what can be said is that both are quite expensive. We will go deeper into the cost of both below, but the bottom line is that you can expect to spend several thousand dollars on either of them with ease.

4. Both Come in Many Sizes

A very simple similarity between saunas and steam showers is that they both come in a variety of sizes from so small that two people can barely fit to so large that ten people can fit. Simply put, you can choose various sizes of both.

5. Both Can Be Bought Prefabricated

What is pretty cool here is that both of these things can be bought prefabricated, or in other words, you get all of the pieces in a box, and all you have to do is assemble them. This helps make life easier for DIYers, that said, steam shower installation does involve more specialized work, something else we will discuss below.

6. Value Added to Your Home

Both steam showers and saunas will raise the resale value of your home, with steam showers allowing homes to be sold for up to 30% of the valued asking price. Saunas may not add quite as much value to a home like a steam shower, but they still do nonetheless.

7. They Can Feel the Same

Although the temperature and humidity in these two things are not the same, due to the high level of humidity in a steam shower, it can actually feel just as hot as a sauna. 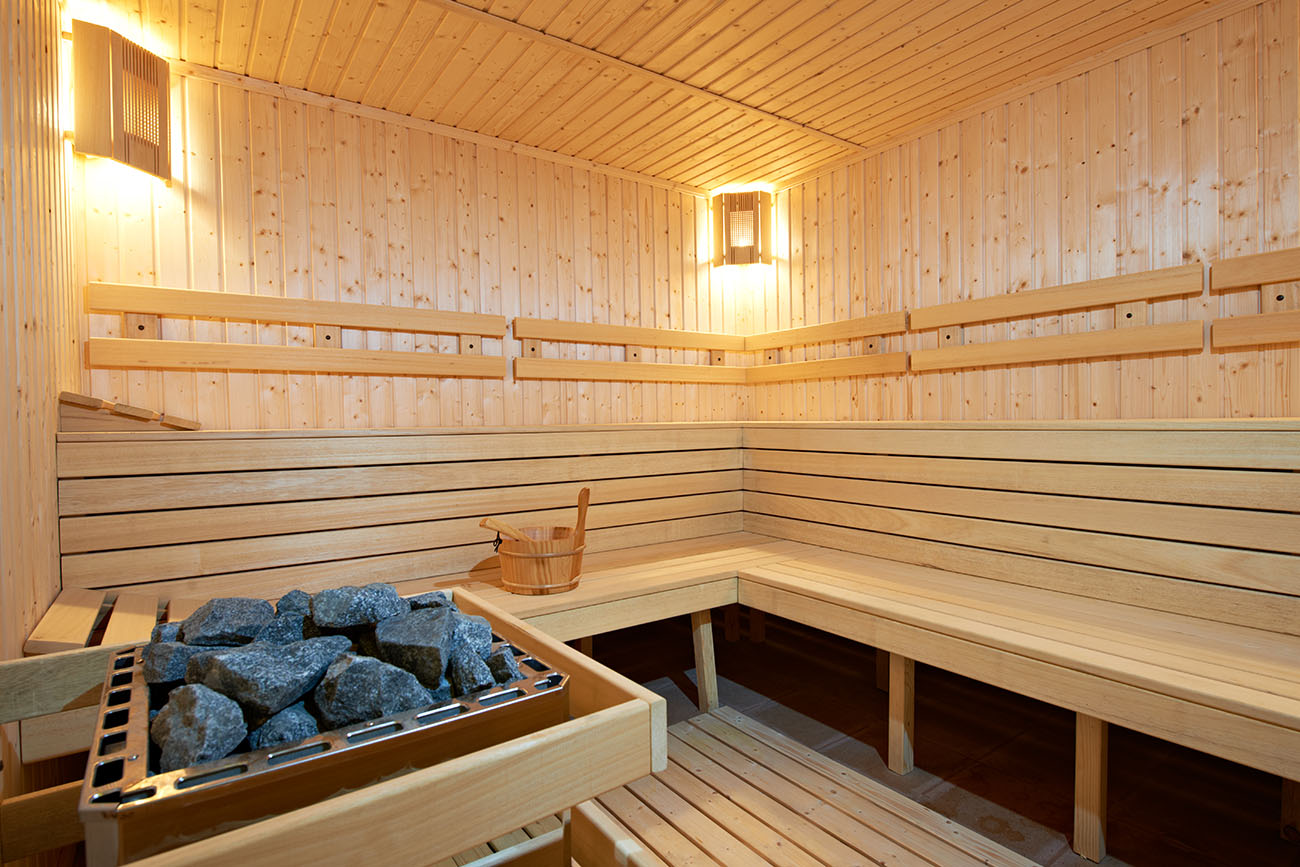 Differences Between Steam Showers and Saunas

Now that we know what the similarities between steam showers and saunas are, let’s take a look at the main differences.

Due to the moist heat of steam showers, they are generally considered best for those who have respiratory issues. That steam really helps to clear up the sinuses, as well as to loosen the breathing channels. Steam helps you breathe. On the other hand, the main benefits of saunas, due to that heat that causes you to sweat excessively, is detoxification. Moreover, that extreme heat is also known for having awesome pain relief benefits.

Ok, so while a sauna will require its own structure, besides the power for the heater, there is not much else that needs to be done, therefore making installation fairly easy. On the other hand, steam showers require waterproofing so that your bathroom does not get moldy, they require special constructions, and they will require intense knowledge of plumbing and electrical work too.

Generally speaking, due the installation requirements of steam showers, you can expect to spend up to three times more than on a sauna. Saunas will usually top out at around $5,000, and yes, steam showers can indeed cost three times as much.

Steam showers do usually take up less space, just because they double as normal showers too, whereas saunas need their own freestanding space.

Steam showers use a combination of heating and water vaporization, whereas saunas use stoves with rocks, electrical heat, or infrared heat.

7. The Ability to Shower

Steam showers usually doble as normal showers, whereas saunas do not.

8. Risks to Your Home

Steam Shower vs. Sauna: Which Is Better?

It is not really possible for us to say which is better, because realistically, this is a very subjective question. If you prefer moist heat, you need help with breathing issues, and you want something that can be built in your existing bathroom, then a steam shower is the way to go.

However, if you want to benefit from extreme dry heat, you don’t mind building a separate structure, and you want something that doesn’t cost a fortune, and maybe even something that you can build yourself, then it is a sauna that you want.

Can You Use Both In Sequence and Which Should You Use First?

Because saunas are so dry, they can really dehydrate you. Therefore, it makes sense to use the sauna first, and then go into the much wetter steam room, as this will somewhat prevent you from dehydrating further. That said, excessive heat for prolonged periods is not all that healthy, so instead of using one after the other on the same day, it may be wise to alternative days.

Now that you know everything there is to know about the differences between saunas and steam rooms, you can make an informed decision between the two.