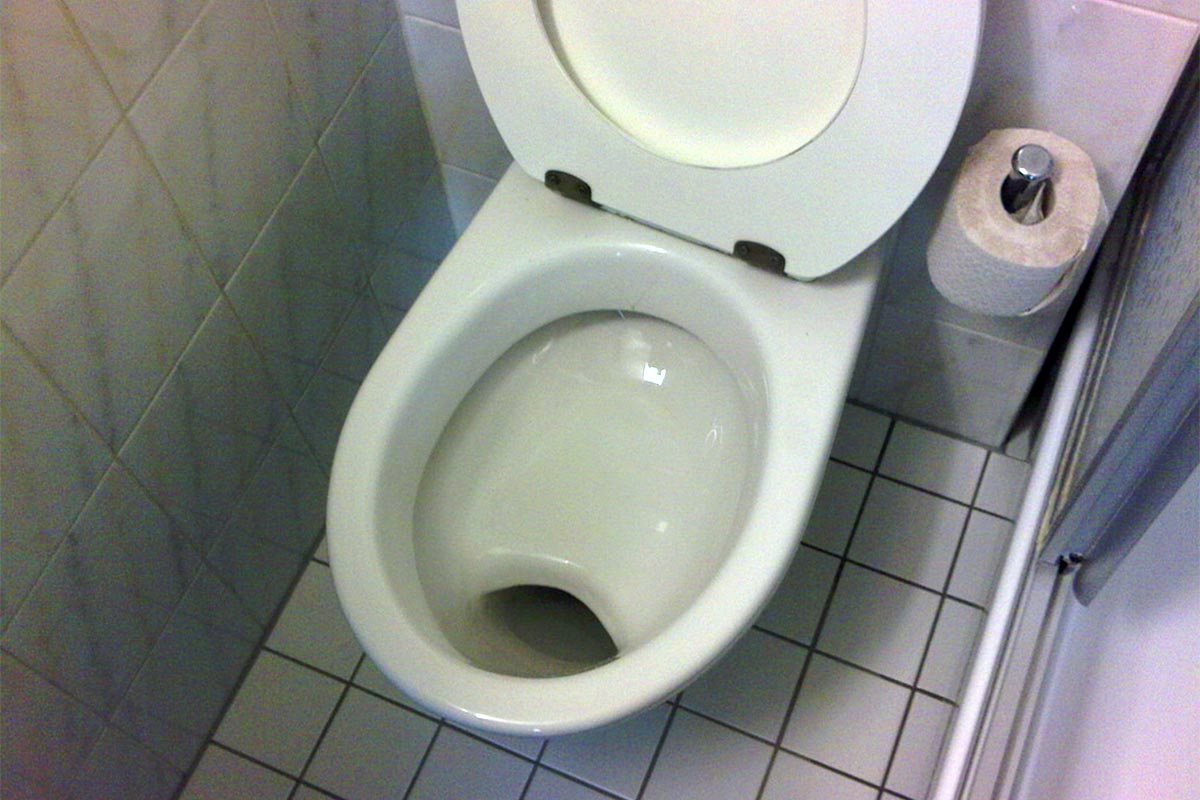 Even though, in theory, toilets can last as long as 50 years without having to be replaced, that is not the case in many situations since there are quite a few factors that affect the life expectancy of a toilet.

And, likewise, there are many things to keep an eye on to make sure you know when your toilet needs replacing.

How long can you expect a toilet to last?

As mentioned above, a toilet can often last for many decades, even half a century. That said, depending on several factors, the actual lifetime of a toilet bowl will often be shorter than those 50 or so years.

Some of those factors include things such as the brand and quality of the toilet, the amount of use a toilet is getting, as well as whether it is used with care (closing the lid gently, etc.) or not.

In other words, a cheap toilet used in a bar or a pub will likely last way shorter than a high-end toilet bowl installed in an apartment used by a childless couple.

Separately, the fact that you might be able to use a toilet bowl for half a century or even more does not mean that you will not need to do any repairs to your toilet in that time. Or that other parts of the toilet will not need to be replaced.

In fact, as one would guess, a toilet bowl is the most rigid and long-lasting part of the whole toilet system. Things it will likely outlast include the toilet seat (learn how to replace one here), the flushing mechanism, and potentially even the tank.

What are the reasons to replace a toilet?

Just because a toilet can last long doesn’t mean it shouldn’t be replaced every now and then.

So what are some of the reasons to replace it then?

Reason #1: Damaged beyond repair or costly to fix

First of all, of course, you will need to replace your toilet if it’s damaged beyond repair.

The toilet could be visibly destroyed by a natural disaster or through some other means. More likely, though, it will be a crack or a leak that you will have inspected by a plumber who will conclude that repairing the toilet is not possible.

It might be at the end of the toilet’s useful life or even years ahead of when you would expect your toilet to fail.

Another related reason is the costliness of repairing the toilet.

If you have to call a plumber once and the fix lasts for decades, then it sure is worth it. However, if you have to keep calling your plumber too often, it might be time to look for a new toilet.

The second reason why you might want to replace your toilet is economics and ecology, or in other words saving both money and the environment by getting one that doesn’t use as much water when flushed as your current one.

You should especially consider replacing your toilet for this reason if your current one was installed in 1993 or earlier.

The reason for that is that in the beginning of 1994, a new law came into effect in the United States which limited the amount of water used in a single flush of a residential toilet to 1.6 gallons.

And, not only do the newer toilets use (often much) less water than the 1.6 gallons mentioned above, but they also include a dual flush system which allows for “small” and “big” flushes, thus helping you use even less water.

The third and final reason I am going to mention here is the change in your personal preferences.

While it is the most economical to replace your toilet (or any appliance for that matter) only if one of the above two reasons apply, there are times when you might just want to get something new.

Maybe you are redesigning your bathroom and as part of it, you decide to get a more modern or differently shaped toilet bowl.

Or maybe you just bought a house from someone and would prefer to get a new toilet while doing other renovations on the house.

In either case, while at that point you will be pondering whether or not it’s worth the extra money, in reality you might just be saving money in the long term, as sooner or later you will want to replace the toilet for either reason #1 or #2 anyways.

And, given the long useful life of a toilet, you might just as well do it now.

As mentioned throughout the article, a toilet can last long.

In fact, it can even last more than half a century.

However, that does not mean that it should not be or that it will not need to be replaced way sooner than that. In fact, more likely than not, you will end up replacing your toilet sooner than 50 years after you bought it.

You will encounter leaks and cracks, you will want a model that uses less water to save money long term, or you will simply want to refresh your bathroom’s look with a new bowl.

Whatever the reason, if you found out that your toilet needs replacement, check our article about the cost of replacing a toilet to prepare yourself for the project.

2 Comments on “* How Long Do Toilets Last and When Do They Need to Be Replaced?”