A new trend slowly spreading through the world is the use of squat toilets instead of the sit-down toilet. Squat toilets are commonplace in China and seem to have started making their way to other countries in some cases as well.

With scientific studies showing that squatting, instead of sitting, is better for bowel movements, squat toilets are popping up in new places. Not only are actual squat toilets becoming more popular, but so are alternative methods like the Squatty Potty.

The Differences in Western and Squat Toilets

Before diving into the advantages and disadvantages of each, let’s take a look at the differences between the two on a higher level.

The most obvious difference between a sit-down toilet and a squat toilet is the toilet itself.

Sit down toilets are the common ones found in homes. They are installed in the bathroom and you actually sit on the toilet when using it.

Squat toilets, however, are flat and flush with the floor. To use a squat toilet, you put one foot on either side of the pan, or “bowl”, and squat to do your business.

Sit-down toilets require an actual flush to send waste down the drain.

Squat toilets have the option of flushing or not. China has a few places where it is just a trough that gets hosed and cleaned out here and there. Many places supply a bucket of water that you have to pour down the drain to “flush” everything away.

One thing to remember is that you never flush paper down such a squat toilet.

However, more advanced squat toilets function similarly to regular toilets and have a proper flushing mechanism.

Advantages and Disadvantages of Western Toilets

A perk to using a sit-down toilet is that it flushes regardless of the model you choose. You just push a little lever and away goes all that unsightly waste. Sitting down instead of squatting also does not put any extra strain on the knees.

Plus, not everyone can squat. Elderly people, people with conditions that do not allow them to squat, or even people who are just clumsy will gladly take the Western toilet over a squat toilet.

The downside to using a sit-down toilet, especially in public places, is the thought of coming in contact with germs and bacteria left by other people. There are a lot of people that will do anything to avoid public restrooms for this reason. Others will do their business in the “skier” position. 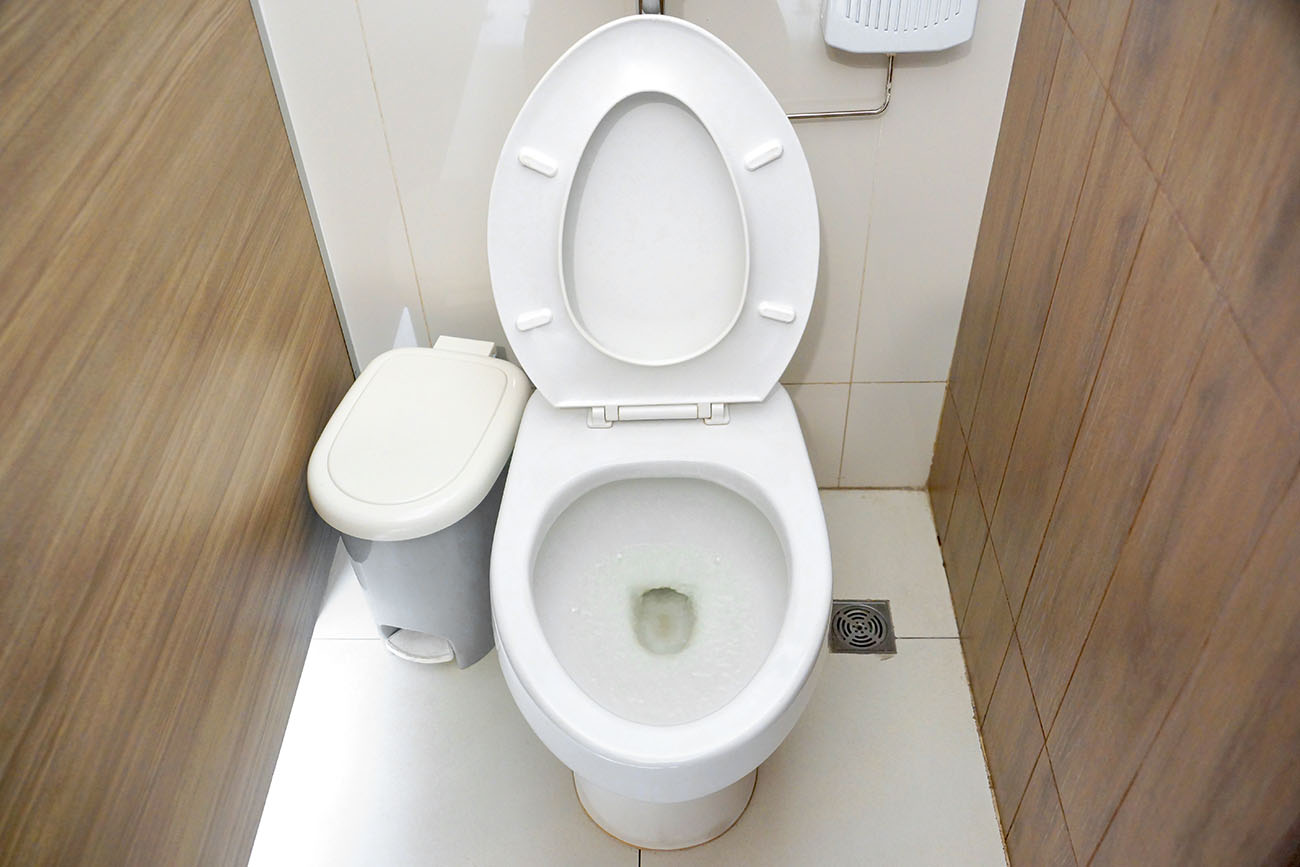 Advantages and Disadvantages of Squat Toilets

Squat toilets have become a big topic in debates due to studies showing that squatting to poop is more natural and easier. Squatting allows gravity to do all the work and straightens the anorectal angle allowing complete evacuation. The big deal with this is that “fecal stagnation” is believed to be a big factor in developing a fecal impaction, inflamed bowel, appendicitis, and colon cancer.

Letting gravity do most of the work lessens the strain. That, in turn, lessens the probability of hemorrhoids, diverticulitis, pelvic prolapse. Even pregnant women can find benefits in squat toilets as it doesn’t put extra pressure on the uterus while preparing the body for a natural delivery.

The problem with squatting is that using one does put a lot of strain on your knees. It has been shown that squatting a lot puts a lot of pressure on the cartilage and can cause serious knee problems. This means that elderly people are better off sitting.

Another thing is the use, or lack thereof, of water in squat toilets. Many squat toilets do not flush themselves. If they do, that means, there is water in the bowl and there is a large chance of backsplash. Either as you go or as you flush, chances are you will get splashed with something.

A not so common problem is that squatting regularly can cause people to squat on elevated toilets by mistake. The problem with this is that the ceramic bowl can break and then you can fall. This has led to many public places in Asia that use sit-down toilets to post signs warning users not to squat or “perch,” on the toilets.

How to Get Squatting Advantages from a Sit-Down Toilet

With squatting becoming more and more popular, footstools that allow you to get in the squatting position while sitting on your Western toilet are becoming more and more widespread. These footstools raise your knees to put you in the proper position and straightens your rectum. Some companies like Squatty Potty even have different sizes to accommodate people of different heights.

You can even visit their website for the proper use of the Squatty Potty. Products such as these have also made lifelong squatters transition to becoming sitters as they age and lose the ability to squat.

With studies continuing to come out about how squatting is the best and more natural way of going no. 2, squat toilets have become a big topic. By squatting instead of sitting, everything straightens out and gravity is able to do more work. This allows for an easier bowel movement by minimalizing the strain needed to completely empty your bowel.

However, squatting too often will eventually cause knee problems, and elderly or obese people need to sit down. Squatting has become so popular that companies have started popping up all over to produce Squatty Potty-like footstools that provide squatting benefits but with the support of a sit-down, or “Western” toilet.

Squatting is not for everybody and no one should feel forced to squat. However, if you plan on traveling to Asia among other reasons, be prepared to come across some squat toilets. It also wouldn’t hurt to look into becoming a squatter if you regularly have trouble with bowel movements.