Having a really nice shower head, one with great water flow, plenty of pressure, and maybe even some adjustability is always nice. That said, just like any product or item out there, shower heads get old, they get clogged, rusty, damaged, and more.

Right now, we want to talk about when and how often you should be replacing your shower head.

How Often Should You Replace Your Shower Head?

Something you might not realize is that shower heads should actually be replaced quite often. You might think that once every five years will suffice, but this is actually not the case, at least not as far as shower and plumbing experts are concerned.

If you take great care of your shower head and you perform regular maintenance, you should not have to replace it as often, maybe every couple of years. However, it does of course depend on the current condition of your shower head. Let’s move on and find out what the signs are that you might want to invest in a new shower head. 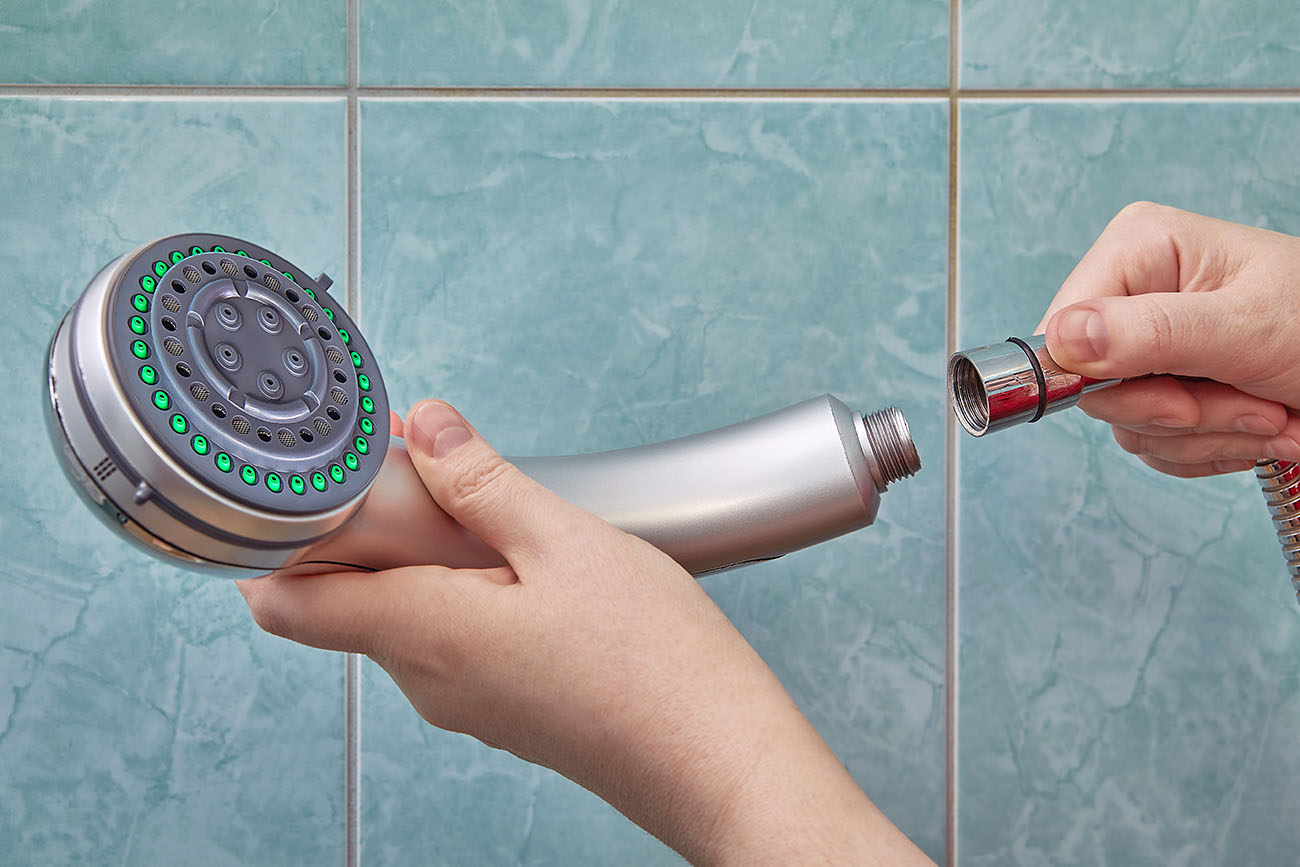 There are some telltale signs that your shower head is in dire need of a replacement, so let’s figure out what these signs are right now.

A Lack of Pressure

Pressure in the shower can depend on the type of shower head you use. That said, if you like those high-pressure showers that really blast the shampoo out of your hair and massage your body, but you are noticing that there seems to be less and less water pressure, then it might be time to replace your shower head.

Sediment and hard water buildup can clog the pipes and the holes, just like plaque clogs your arteries.

Over time, if you don’t regularly clean the shower head, water pressure can decrease drastically. You may be able to get some functionality back out of the shower head by deep cleaning it, but if you let it go on for too long, you may need to replace it.

If your shower head is old and clogged, it may not necessarily lead to a total loss or decrease in water pressure. You may notice that the water pressure fluctuates a lot, or in other words, the pressure goes up and down from one second to another.

If this is happening, then it is a sign that you may need to replace that shower head, maybe not now, but definitely in a couple of months. Do keep in mind that if you live in an apartment building where the water is shared, fluctuation pressure can happen when multiple people are using water from the same source.

Quite simply, if your shower head is leaking water, dripping all over the wall, and sending half of the water right down the drain instead of over your body, then it’s time to make a replacement.

Of course, you can first try tightening the nuts and seeing if there are any smaller components that can be replaced, tightened, or repaired. However, if that fails and the leak persists, then you will need to replace the shower head.

Another sign that it is time to replace your shower head is if you notice a lot of white streaks and sediment building up on the rim of the shower head and around the waterspouts. This means that you have very hard water, lots of calcium and other minerals.

Calcium and other elements build up over time and cause clogs, which can also reduce water pressure. Moreover, if you have sensitive skin, you may notice slight irritation due to hard water.

If you have a shower head with a built-in water filter/softener, you may just be able to replace that, but if it is a model that does not allow for filter changing, then you will need to replace the whole shower head.

One of the biggest indications that it is time to replace your shower head is if it is covered in mold and mildew, especially black mold. Black mold is very hazardous to your health, so if you see a bunch of black dots on your shower head, you want to toss it out immediately.

The less time you spend around black mold the better. Yes, you can try removing the mold by soaking the shower head in some sort of mold killer, but this is hit and miss. Chances are that the buildup will happen again if you don’t clean it very thoroughly.

Ok, so this one is a bit different from the rest. If you notice that your water bill is way too high, and you are paying a whole lot of cash for every shower you take, you may want to replace your old shower head with a new low-flow eco-friendly model that uses less water. No, it won’t be great in terms of water pressure, but it will surely help you save some money, and save the environment at the same time.

If your shower head is cracked, wobbly, or broken in any other way, then it’s probably time to make a replacement.

How Can You Extend the Lifespan of Your Shower Head?

There are a few things that you can do to extend the lifespan of your shower head, so you can keep a single head for a year or more.

As you can see, there are many reasons why you may need to replace your shower head, but there are also a few ways to extend the lifespan of your existing one. That said, it’s better to maintain your shower head as much as possible because you will have to replace it less often.

If it does need replacement, try to go for something that is highly rated in terms of quality. With this kind of thing, you often get what you pay for, so investing a good bit of money into something high in quality is recommended.