Sometimes there’s just no better feeling than taking a long warm shower. However, there’s a difference between warm or hot, and scalding hot. If you have never noticed before, there is a certain issue that arises when one person is taking a shower, and another person flushes the toilet right beside the shower.

Yeah, if this happens, things get real uncomfortable real fast. Let’s figure out why flushing a toilet affects the shower so much – and what to do about it.

What Happens with a Running Shower When You Flush a Toilet?

If you have ever been in the middle of a comfortably hot shower, or even a cool shower for that matter and somebody decided that it was a good idea to flush the toilet, then you know exactly what happens here.

The toilet flushes, all seems fine for a couple of seconds, and then the water in the shower gets scalding hot. Depending on the temperature that you have your water heater set to, this can actually be quite dangerous, because it can cause some pretty serious burns. Hot water is indeed very dangerous. 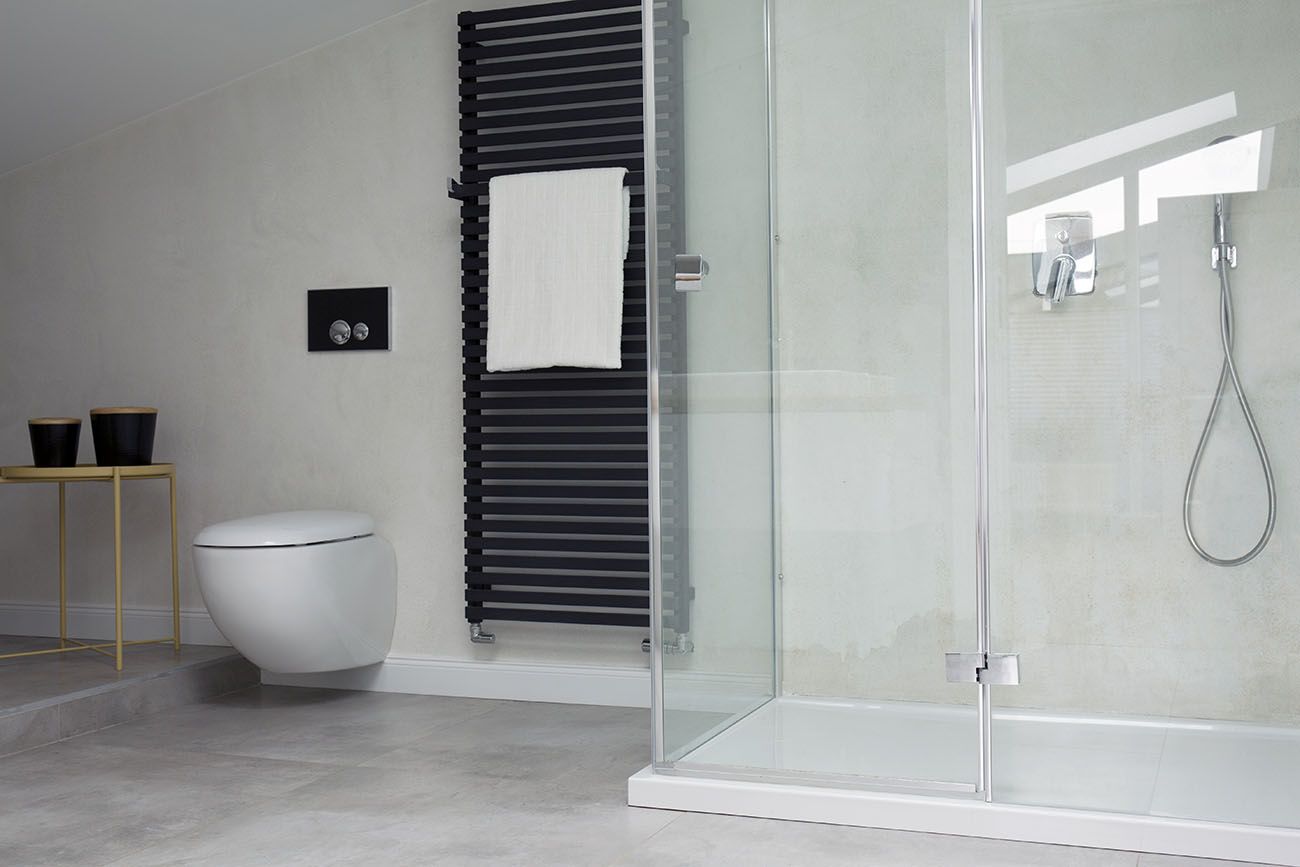 Why Does Flushing the Toilet Affect the Shower?

The simplest explanation as to why your shower water gets burning hot when somebody flushes the toilet is because the toilet is using all of the cold water in the system right as it flushes. Some toilets may only use a little over a gallon of water whereas some others may use up to four gallons per flush.

Well, you can just imagine how using four gallons of cold water meant to mix in with the hot water in your shower could affect the shower water temperature. All of that cold water gets diverted from the shower to the toilet, thus leaving the shower with only hot water.

Now, this generally only happens in older homes and in low-quality homes, and this is because the lines that connect to your toilet, shower, sink, and more are built using a trunk and branch system.

Yes, this tree analogy works perfectly here, because in a trunk and branch plumbing setup, there is one main line that takes the water from your water tank and heater, just like a tree trunk, and then several branches leading to the individual fixtures, just like the branches on a tree.

In other words, all of the fixtures in the same area share the same main water line, and this is why the temperature in your shower skyrockets when some wise guy decides that it would be funny to flush the toilet and hear you scream.

If you’re tired of being burnt in the shower because somebody decided it would be a good idea to flush the toilet while you were in there, luckily there are a few things that you can do to prevent this from occurring in the future, or at least to minimize the effect of the toilet being flushed.

Depending on what method you choose, you might not be able to totally eliminate this issue from occurring, but you can definitely minimize the effect. We will start out with the easiest solutions that involve nothing more than a bit of common sense and then work our way up to the more labor-intensive solutions.

OK, so while this might not be a long-term solution by any means, a simple solution indeed is to just not flush the toilet when somebody else is using the shower. Moreover, does the person using the shower really want you sitting on the toilet right beside them anyway as they try to clean themselves?

2. Reduce the Refill Rate of the Toilet

Besides just not flushing the toilet, one of the easiest things that you can do in order to stop the shower water from becoming scalding hot when the toilet is flushed is to slow down the refill rate of the toilet. This might sound really difficult, but in fact, all you have to do is get down on your knees and turn the shut-off valve for the toilet to its halfway position.

This means that the water flowing into the toilet after it is flushed will do so at a 50% reduced rate. This could slow down the toilet refill rate to the point where it won’t much affect the shower temperature when the toilet flushes. It won’t completely eliminate the problem as the toilet will still take water from the system, but the effect won’t be nearly as extreme.

3. Reduce the Water Level in the Toilet

By reducing the water level in the toilet you are effectively reducing how much water the toilet sucks out of the system when it is flushed. You can place a brick, a jug of water, or any other such object in the toilet tank, as this will displace enough of the water to cause this effect.

The downside here, however, is of course that your toilet will only have a limited water supply to flush with, thus creating potential problems in terms of the toilet clogging and not being able to flush down large amounts of waste.

4. Use a Thermostatic Mixer

You can always install a thermostatic mixing valve into your shower as this will automatically mix hot and cold water to the appropriate temperature level. 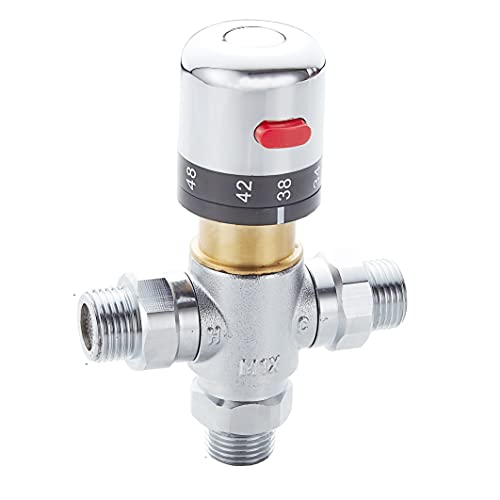 You can always contact your plumber and have them overhaul your plumbing in a number of ways to prevent this issue from occurring, with replacing the branch and trunk system with a more modern design being one option. Another option is to just widen the trunk to allow for more water flow, and the third option is to install a load balancing manifold.

OK, guys and gals, if you are having problems with your shower getting too hot when the toilet is flushed, you now have five easy solutions to stop it from happening.