For most folks, maintaining basic toilet hygiene means putting on a pair of gloves and a plastic apron and cleaning the WC with a spray of bleach or a favorite bathroom cleaning product.

It is assumed that a weekly routine of this chore is enough to keep harmful bacteria and viruses at bay.

While it’s safe to say that taking a stiff-bristle toilet brush to your porcelain throne is a good way of getting the exterior of the toilet to sparkle, for many people that’s the extent of their commitment towards their toilet cleaning duties.

Contrary to popular belief, though, maintaining sufficient toilet hygiene is not only about how much elbow grease you put into getting your toilet bowl to sparkle, but rather what you do after…erm, you’ve done your business.

Enter the flush. More specifically, the act of closing the toilet lid before the flush. 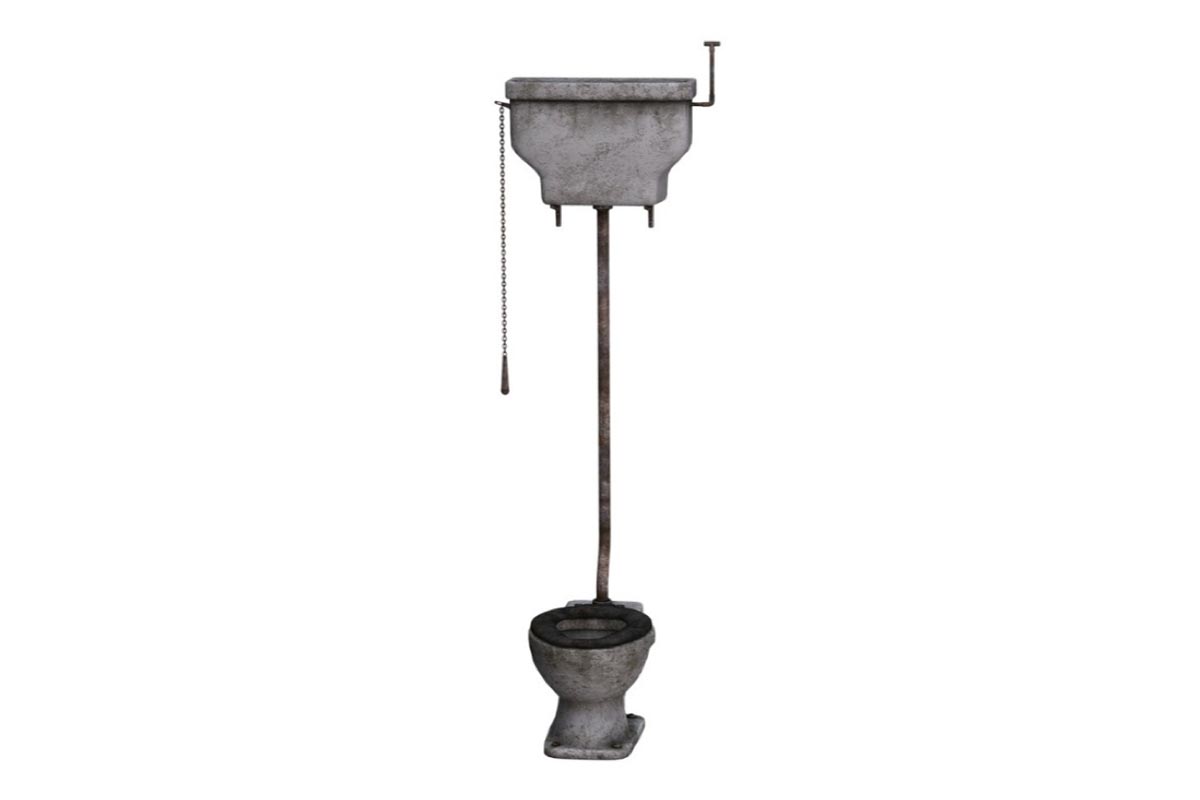 A Brief History of the Toilet Flush

The flush is a modern-day marvel of human ingenuity.

It is undoubtedly the centerpiece of the toilet.

While the honor or inventing the world’s first toilet flush goes to an English courtier Sir John Harington, archeological findings in the Indus Valley Civilization dating back 5000 years suggests that they had primitive latrines which used a constant stream of water that ran through each of the homes to carry away the waste.

While Harington’s device required 7.5 gallons to flush the toilet, modern versions get the job done efficiently and by wasting less water. The US Energy Policy Act that was passed in 1992 requires all flush toilets to use only 1.6 gallons of water.

It is said that the average person uses the toilet flush at least five times a day.

However, most people seem to be doing it all wrong.

What Is Toilet Plume?

According to research that dates back to the 1970s, whenever the lever of the flush is pulled, the toilet emits a fine spray of water into the air. And yes, you’ve guessed it – along with it, microscopic bacteria aka little particles of feces.

The result of using the flush without closing the toilet lid is known as a “toilet plume.” The issue was also covered in detail in the American Journal of Infection Control where it was called “toilet plume aerosols.”

You don’t need Martha Stewart to tell you that the toilet plume may play a major role when it comes to the transmission of infectious diseases, where the pathogens are found in human feces or vomit.

While the low-flow flush systems that are built into today’s toilets might not result in the high flying toilet plumes of previous studies, there are plenty of studies that show that the toilet plume often does play a role in spreading the infectious diseases.

How Far Can Toilet Plume Spray When You Flush?

What’s even worse is that the microscopic spray that is invisible to the naked eye can linger in the air around the toilet for up to six hours.

And the bad news doesn’t stop there.

The bacteria and viruses that are present in this microscopic spray disperse all over the bathroom, meaning everything from your towels to the hand soap and toothbrush can all contain hundreds of thousands of these bacteria.

The aerosolized feces and microbes that shoot into the air after each flush can be projected as high as fifteen feet in the air. Germs of C. difficile can be thrown up to 10 inches above the toilet seat after every flush, if the lid has not been closed. So it’s no surprise that these harmful germs and microbes are found on and around the toilet seat.

This is bad news, especially if the bathroom is being used by multiple people.

Should You Close the Toilet Lid Before Flushing?

Turns out, making sure that the toilet flushes correctly (or flushes at all) is the least of your worries when turning the lever. The truth is that your toilet may be contributing to the reasons that make you sick, mainly because of the flying microbes that are present in the toilet plume.

The easiest way of saving yourself from the nastiness of the toilet plume is by simply closing the toilet lid before you reach for the flush.

As mentioned, when you flush the contents of the toilet bowl, the microbes are sprayed into the air, which is known as toilet plume. The contents of that toilet plume are enough to make you cringe because it’s not only nasty, but also bad for your health due to the traces of harmful microbes that are present in the droplets.

Another reason why you should consider closing the lid the next time you flush the toilet is because if you’re anywhere near by while flushing the toilet (and you probably are), chances are, those tiny water and poop particles and bacteria have also been unknowingly swallowed.

One of the best ways of keeping oneself safe while using the flush in the toilet is by closing the lid before you turn the lever. What’s even worse is, if you by chance have any broken skin, those harmful bacteria and viruses can also enter your body and lead to diseases such as Salmonella.

The best way to go about flushing the toilet without having to wear a hazmat suit is to simply close the lid of the toilet before you flush down your waste.

Also, rather than sticking around to watch the toilet’s contents swirl down, put down the lid, hit the flush and leave immediately to minimize your exposure to the toilet plume.

So, there it is folks. Closing the toilet seat before you flush only takes two seconds and can keep you from using a toothbrush filled with harmful germs and fecal matter.