When you go to wash your hands at the sink, do you turn on a faucet, spigot, or tap? These words tend to be treated as synonymous by many English speakers, but are they truly all the same thing? What does each term actually refer to?

This article focuses on the technical differences between these three terms and provides more information about each. 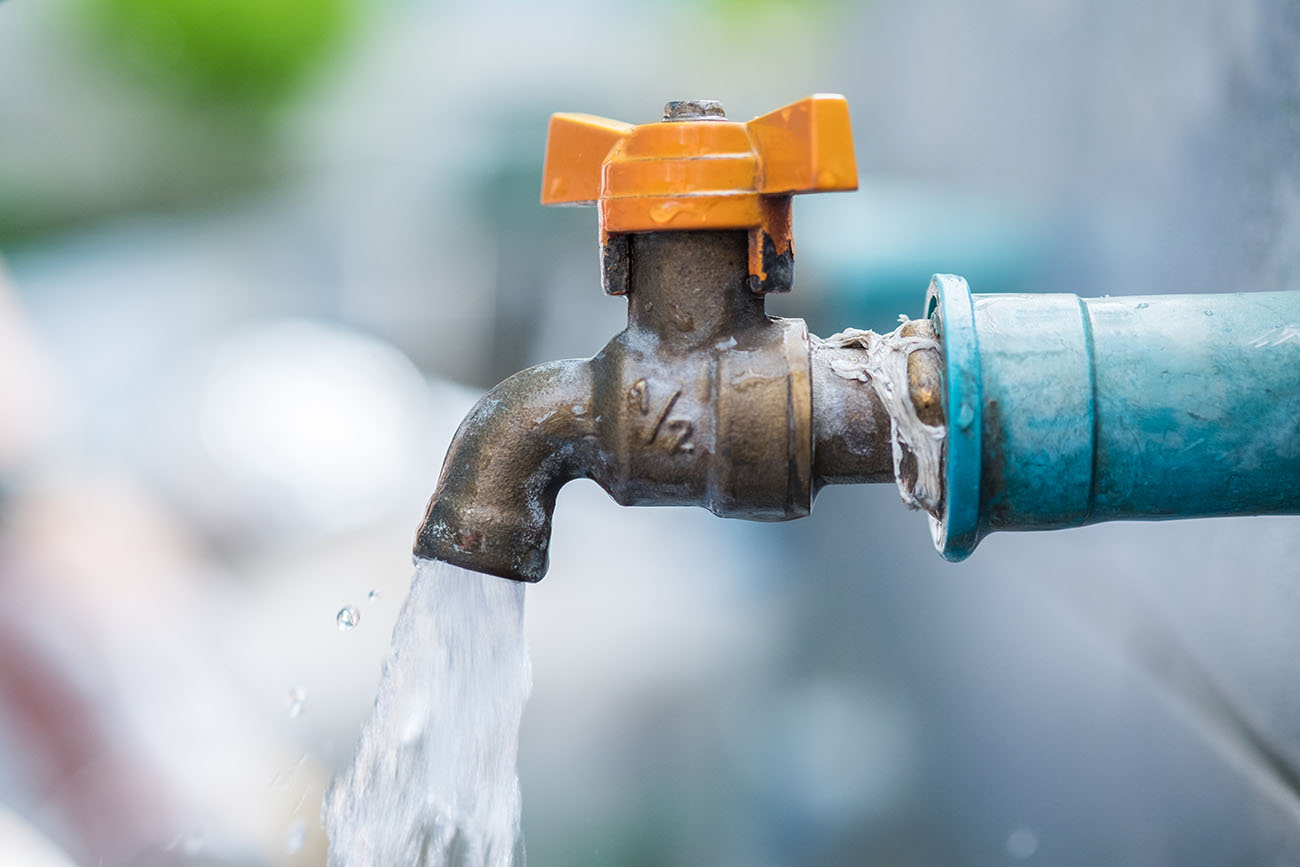 Are Faucet, Spigot, and Tap One and the Same Thing?

Although regional differences in English allow for the terms “faucet,” “spigot,” and “tap” to occasionally be used interchangeably, there are distinct differences between these three words when used technically within the plumbing and construction realms.

What Is a Faucet?

“Faucet” may be the most commonly used word in American English to refer to the apparatus which regulates the flow of water or other liquid from a pipe. In particular, many speakers refer to the sink fixture within a home or other building as a faucet.

There are several types of faucets, which vary according to the style and number of the handles, as well as to the possible functions of the faucet. These types include ball, disc, cartridge, and compression faucets.

A ball faucet has one handle which is attached to a rounded cap. These faucets, often found in kitchens, are beneficial because they allow the handle to be moved in many different directions, which gives the user greater control over the amount and temperature of the water which comes from the faucet.

It is so named because the handle moves a ball inside the faucet body, which is what controls the flow of the water.

The second type of faucet is the disc faucet. This faucet also has a single lever, but the lever is attached to the wide body of the faucet rather than to a round cap, which means that the range of motion changes to a more simple up-down and side-to-side motion, where going up increases the amount of water, and going to the side changes the temperature to hotter or colder water.

Disc faucets are one of the newer types of faucets and feature a unique design where hot and cold water are mixed within a chamber called the pressure balance cartridge in the body of the faucet.

Cartridge faucets have two handles. Often, the handle on the left is for hot water, and the one on the right is for cold water. These two handles can be adjusted simultaneously to allow for water which is the right temperature to be poured out in the desired amount.

Typically, this kind of faucet can be found in bathrooms. It is a fairly standard faucet.

Compression faucets are similar to cartridge faucets, except instead of having handles, this type of faucet has cylindrical knobs or wheels which must be rotated counter-clockwise to turn the water on, and sealed tightly through a clockwise rotation to turn the water off.

These faucets are an older design, so they may be more likely to be found in the bathrooms of older homes and buildings.

What Is a Spigot?

In contrast to a faucet, a “spigot” typically refers to a fixture installed on the outside of a house or building, rather than on the inside.

Since they are on an exterior wall, spigots are less stylish in design than the typical faucet: they may include merely a metal pipe and a valve, which often comes in the shape of an irregular circle that must be turned counter-clockwise to open the valve and allow water to pour out.

Water supply from a spigot may be controlled by a ball, globe, or gate valve. Types of spigots include hose bibs, which allow for a hose to be attached to the spigot, and frost-proof spigots, which place the valve in a unique spot on the fixture to prevent water from freezing in the portion of the pipe which protrudes into the outside air, by forcing the water to remain in the building due to the valve’s location.

Another type of spigot is a yard hydrant: this type of spigot features a long pipe that goes directly into the ground, as well as a handle which can be pumped to draw up the water from underground. An anti-siphoning valve can be an important addition to a spigot since attaching one of these valves prevents the backflow of water into the pipe and thus keeps contaminants from entering the water supply.

What Is a Tap?

In British English, “tap” is the most common term used and replaces the more typically American English terms “faucet” and “spigot.”

By contrast, in American English, a tap refers specifically to a type of faucet which allows only for movement between the “on” and “off” positions—as opposed to the typical faucet seen in a kitchen sink or bathroom, which also allows for regulation of the temperature and amount of water flowing from the pipes, or to a spigot, which allows for regulation of the amount of water, but not necessarily to the temperature of that water.

A tap, as distinctly referred to within American English regional dialects, typically has a more simplistic lever which can be flipped up or down, or else rotated to one direction from its fixed “off” position. This movement allows the stopper to be released, and water can then pour out from the tap.

As previously noted, this sort of tap can often only be turned off and on; manipulating the amount of water or the temperature of the water may not be possible. Taps can be found on water tanks or certain drink dispensers, including kegs or coolers.

Faucet vs. Spigot vs. Tap: What Are the Differences?

Clearly, there are differences between faucets, spigot, and taps which go beyond even regional linguistic variations in popularity. These terms each refer to a specific technical apparatus, and although the ultimate function of each is fairly similar, their capabilities and overall appearance can vary widely.

While in most practical situations, the differences between the three terms will not be that important to know, they are still worth keeping in mind.

If for nothing else, then to impress the plumber the next time he comes to fix something in your house.