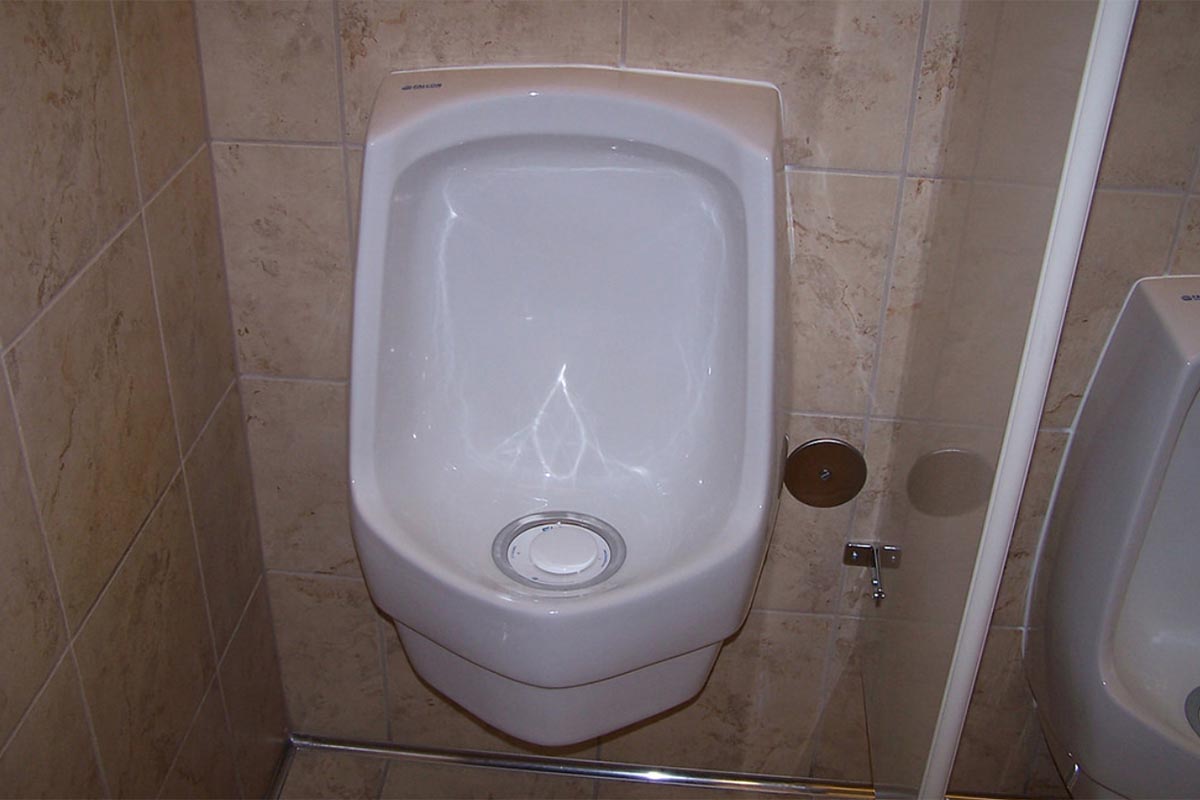 How many homes with a urinal have you seen?

Most likely, the answer is zero. And, to be honest, I have yet to see one as well.

But, have you ever thought about why that is the case and whether there are any reasons you should consider installing one at your home even though the vast majority of people do not do so?

If so, keep on reading.

Why are there so few urinals in homes?

And, when you look at the facts, it is fairly easy to understand why urinals don’t find their way into homes that often.

First of all, in usual households, there are two to five people with about a 50-50 split between men and women. And, since urinals are a men-only item, that’s a point lost right there. In fact, many women get disgusted just by looking at a urinal.

Other reasons why urinals cannot be found in private homes and apartments more include the fact that they are an incremental cost to installing a regular toilet without adding any additional functionality.

Add on top of that the time and effort it takes to maintain and clean the urinal, as well as the extra space it takes, and you have a fairly clear case against it.

Benefits of having a urinal at home

Above, I looked at all the reasons why urinals are not present in more homes.

But, if you want to stand out and are actually considering installing one, continue reading to learn about the benefits of having one.

First of all, using a urinal will help save you some money on water and conserve the environment. The reason for that is that rather than a standard toilet which uses around 1.6 gallons per flush, a urinal typically uses less than 1 gallon.

Not only that, but there are also some urinals that don’t use water at all, and use the air from a low energy fan to suck the urine in and chemicals to keep the urinal clean.

Another reason why you might want to consider getting a urinal – especially if you have a little boy – is the fact that unlike toilets which come in standardized heights, you can install a urinal at whatever height you want to.

That is, as long as you decide about the height before you get your plumbing done. Or, alternatively, you can get a urinal that sits on the floor.

In either case, it will make it easier for your child to go to the restroom from a younger age.

Finally, perhaps the biggest benefit of having a urinal and using it instead of a toilet for “number one” is the fact that it is very hygienic.

Not only will you avoid having to touch the toilet seat to put it up and down every time you go take a pee, but you will also not have to worry about “missing the target” and making either the toilet seat or bowl dirty.

Plus, the urinal makes it easier to aim, and so even the floor will be spared a little.

Disadvantages of having a urinal at home

Most of the disadvantages of having a urinal at home are the same as the reasons mentioned above detailing why there are not more of them at home.

They only serve roughly one part of the household, take up extra space in an already small bathroom, and come with additional maintenance costs and cleaning requirements.

Also, installing a urinal is not the cheapest project out there.

Cost of installing a urinal at home

A urinal might look like a simple piece of equipment with just a single function, but when you look at all the costs associated with getting one, your eyes might pop out of their sockets because of how expensive it can get to have one installed.

First of all, of course, you will have the cost of the urinal itself. And, just like with toilets, the cost will vary greatly depending on the type and brand of urinal you will get. In the United States, urinal prices typically range between $200 and $2,000.

Obviously, the more complex urinal you choose – such as one that auto flushes or a waterless one – the more expensive it will get.

Besides that, you will also have to hire a contractor to fit the urinal.

And, while with a standard toilet, replacing it is usually as simple as unscrewing the old one and screwing in the new one, it is usually not so simple with a urinal. The reason for that is that more or less no homes have the plumbing required for a urinal.

As such, you will have to have it included when you build your house or will have to have your plumbing redone to accommodate for the urinal. In either case, it can cost you as much as $2,000 or $3,000 – an amount especially high when you are doing it as a standalone project rather than as part of building your house.

Also remember that since a urinal usually hangs on the wall instead of sitting on the ground, any mistake with installation might mean the urinal falling down and shattering. Combined with the fact that many of the urinals require the installation of motion sensors and other mechanisms, I can only recommend you get it done by a licensed professional.

If you decide to go the DIY route, it might cost you much more in the end because of the complexity of installation and the ease of making mistakes that might go unnoticed until it’s too late.

Finally, also keep in mind that having the urinal will incur some maintenance costs such as changing the fan of an air-flushing urinal or replacing connector pipes.

Those will not run too high, though.

To sum it up, having a urinal at home can be very hygienic and convenient for the male part of the house’s population. However, it does come at a very high cost.

As such, it will be up to you whether you are willing to shell out thousands of dollars for the benefits or not. If you have the budget and space, though, you should, by all means, include a urinal in your blueprints if you are building a new house.