Few would deny that the toilet seat is one of the most used seats in a house.

Whether you call it “The John” or “The Throne,” not many people think about where the perfectly glazed ceramic seat they sit on is made. If you’re using “The John” in the US, then chances are getting higher and higher that you’re sitting on a toilet that’s been made by the Japanese toilet manufacturing giant, Toto.

Just because Toto is a Japanese brand doesn’t mean that your Toto toilet’s been made in Japan, though. 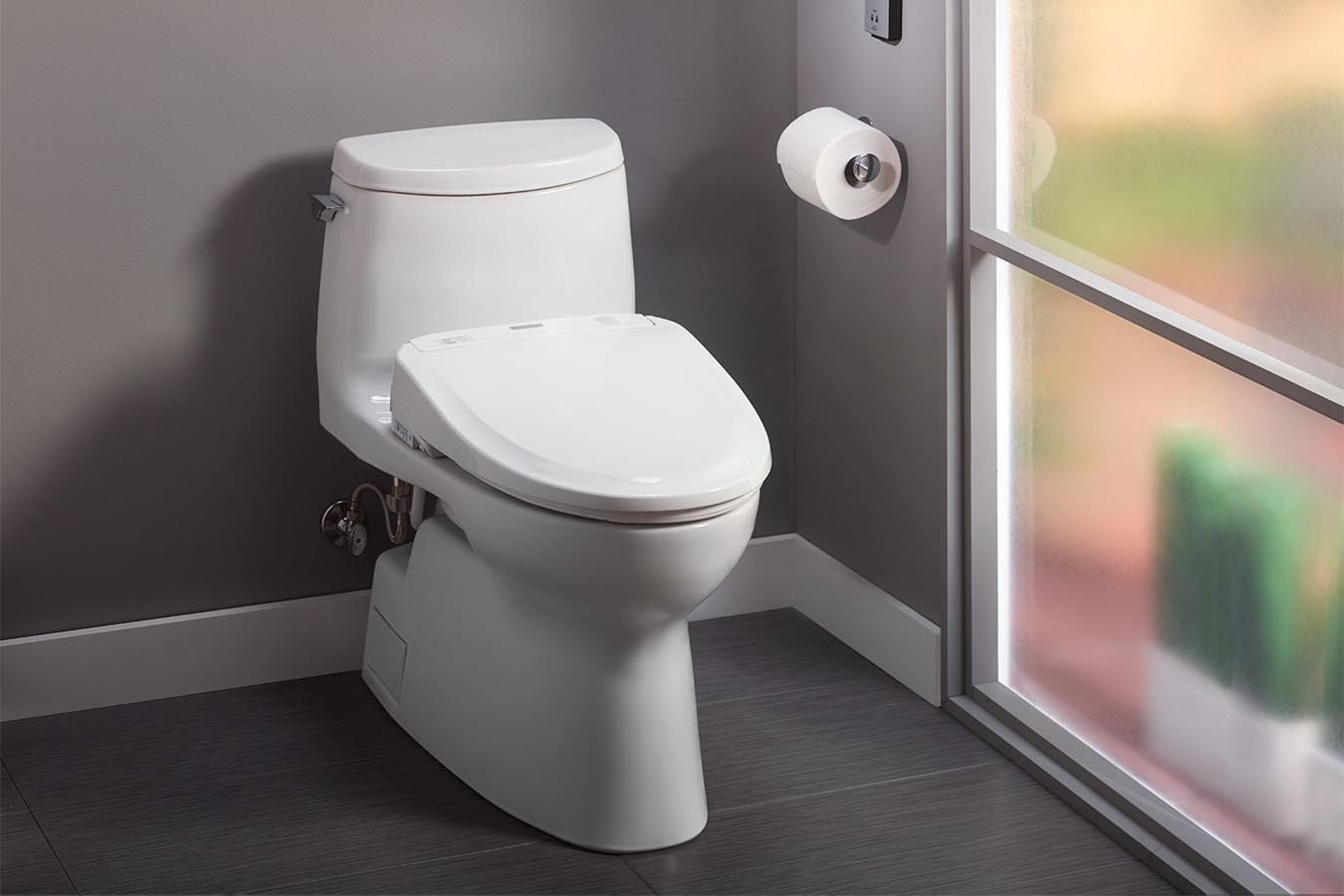 The name “Toto” is an abbreviation of two Japanese words – “Toyo” and “Toki” – which form the name “Toyo Toki” or oriental ceramics.

Toto Ltd., the company behind the Toto brand, is the largest toilet manufacturer in the world. It was founded in 1917, and is responsible for developing many toilet products including the innovatively designed Washlet – a toilet with a water spray feature built-in for cleaning.

The company is headquartered in the city of Kitakyushu in Japan, but it manufactures its products at multiple production facilities all over the world.

Toto Factories Around the World

For those of you who don’t pay attention, Toto is the largest plumbing manufacturer in the world. The company has been in business for over a hundred years and has its manufacturing facilities spread all across the globe.

The secret to the company’s success is that regardless of where the company has its manufacturing plant, it always adheres to the same quality standards.

This is also one of the reasons why Toto has become the toilet of choice for many people around the world, including Americans. With Toto being a global company, even though it’s based in Japan and has manufacturing facilities all over the world including China and Mexico, if you buy a Toto toilet in the US, you are likely to get a US-built one.

It is important to remember, though, that Toto is a global brand and, as a result, it operates like one.

This means that in order to control the costs and drive sales, the company regularly relocates its manufacturing facilities. There’s nothing new in large companies chasing after cheap labor in Asia and South America and then shipping the finished products halfway across the world to Europe and the US,.

That said, Toto has begun using the process of re-shoring or near-shoring to explore manufacturing opportunities in the Americas.

This has also been partly due to the fact that many Asian countries have started to enact certain environmental controls which can increase the cost of manufacturing. As compared to Asia, the US can offer lower prices because of a lower rate of inflation, stable energy costs, and political stability.

This is going to be a significant shift in the way Toto manages its operations worldwide, and US consumers could see the brand exporting its ‘made in USA’ products to other countries in the not so distant future.

Toto Made in America

Without getting into the politics behind it, the ‘Made in America’ logo is fast disappearing from store shelves

The good news is that Toto products that are not manufactured in the US usually come directly from Japan. In other words, it is almost unheard of for Toto toilets made in China or some of the other countries where the company owns manufacturing plants to make their way into the United States.

While there was a time when buying something in the US (besides electronics) that had a ‘Made in Japan’ logo usually meant you were buying something of inferior quality, today, it means quite the opposite.

Japanese products are now seen as high-quality and high performance-products.

That being said, Toto has always maintained its presence in the US by having several of its manufacturing facilities operating within the US.

In fact, Toto entered the US market back in the 80s and soon swept the market with its high-quality toilets that became the go-to choice for consumers. By 1996, the company inaugurated its state-of-the-art manufacturing facility in Morrow, GA, and has never looked back since.

Today, Toto maintains is manufacturing, distribution, and warehousing operations in three US states, which is where all Toto products come from when ordered by US customers.

Should You Avoid Toto Toilets Not Made in America or Japan?

It wouldn’t be wrong to say that Toto toilets are the best choice when choosing from toilets that are available in the US market today. While the prices of Toto toilets are much higher than those of their competitors, the company’s products have no problem flying off the shelves since they are the crowd’s favorite.

Because of the brand’s high-quality standards and durability, the company has experienced record sales of its toilets and other pluming products both online and offline.

A good way to find out whether or not the Toto toilet you’ve bought in the US is actually made in the US is by looking for the symbol “II” that marks all Toto toilet models that are manufactured in its facility in Georgia.

A good example of this is the Toto Ultramax II, which is manufactured in the US.

Because of the size of the company’s operations, many of Toto’s facilities that are spread across geographical locations have been known to work together when it comes to manufacturing a single product that’s made up of multiple smaller parts.

There is also a lot less variation in Toto toilets as compared to other brands, which is mainly due to the type of clay and the manufacturing process that the company has perfected through the years.

Toto has also made a reputation when it comes to quality, maintaining its strict standards across its manufacturing facilities. This is one of the few reasons why only a company like Toto can assemble a bowl made in Japan with a tank made in the US and have them both fit perfectly. This is unheard of in other toilet brands.

Toto enjoys a reputation that’s been built on providing high-quality toilets and other related products to the masses for the past 100 years.

The company is known for creating some of the most innovative toilet designs, including the innovative Washlet, which it owns the patent for. While the company has been responsible for manufacturing many different types of the toilet, it has still managed to maintain its brand name as a leader in toilet manufacturing.

That is not to say that those manufactured in China or other countries are not as good. In fact, one of the strongest point of Toto is the consistency in the quality of its products regardless of which plant they were manufactured at.